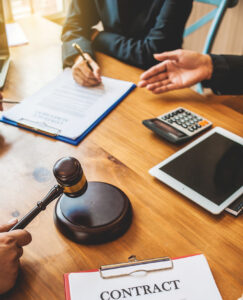 On occasion a client will come to the office to inform us that their parent died and no Will can be found. The anxious client is worried that the State will take their parent’s assets to pay creditors or worse to embellish the State’s coffers. Nothing could be further from the truth. The State of Florida has (as all other States have as well) two Chapters dedicated to handling the distribution of a person’s assets following their death should such person have no Will directing where the decedent’s assets are to go.

When a person dies without a Will or other testamentary documents directing the distribution of assets, their estate is called intestate as opposed to testate which means with a Will. The first thing that will happen is the election of a person who will agree to serve as personal representative. The statute uses the term “priority” in determining who will be the person to serve in such a role. Priority is determined by means of the relationship a person has with the decedent or the individual is a Florida resident. Relationship is determined by how the person is associated to the decedent (e.g. sister, brother, niece, nephew, parent or the spouse of one of those labels).

Once a person is determined to be related to the decedent or is a Florida resident, the next phase is determining if a majority of the beneficiaries to the decedent’s estate agree to the selection of a nominated person serve in such role. Think of it as a high school election for class president where the student body votes to have someone become president. The one with the majority of votes wins and becomes the president. The analogy is the same when dealing with an intestate estate in nominating the personal representative.

Once the person nominated to serve as personal representative is appointed, an Order Appointing Personal Representative will be issued by the Court. In many cases, the Court may require a bond be posted before Letters of Administration are issued by the Court to the personal representative. A bond is a guarantee by a surety company that should the personal representative misappropriate the estates assets; the surety company will make the beneficiaries whole as to any amounts misappropriated and which affect a beneficiary. Bonds are not that expensive and are based on the credit worthiness of the person applying for such bond. The value of a bond will normally depend on the estimated value of an estate. For example, if the estimated value of an estate is felt to be equal to $100,000.00, it is likely the court will require a bond of equal value.

Once the bond is paid, the Court will then issue Letters of Administration. The Letters give the personal representative the right to step into the shoes of the decedent and do all things the decedent could do while alive. In reality what this consists of is the right to marshal the estates assets, open and deposit liquidated assets into an estate account, pay any creditor claims along with selling and distributing estate assets.

When all the assets of the decedent have been marshalled, the Personal Representative is then in a position to begin distributing the assets according to law. The law provides that non-exempt assets can be used to pay creditor claims and if there is not enough to pay those claims to prorate them according to the value of each creditor’s claim. Lastly, the Personal Representative is then charged with distributing the remaining net non-exempt assets along with the exempt assets to the beneficiaries according to the stirpes method of distribution.

As you can see when a person dies without a Will, there are statutory procedures in place to handle the estate without the worry that the State will get involved and take the assets. This simply does not happen except in very unusual cases. If that is true, then why get a Will; because, without a Will your assets may be distributed to persons you do not want to partake in your bounty. It also gives you the power to select the person who will be able to manage your assets as personal representative.

So, go and visit the attorney of your choice to have a Will prepared or better yet, should your parent die without a Will, see an attorney who can direct you and manage the estate procedures.

Share
Previous The Most Frequently Asked Questions About Amniotic, Placental, and Umbilical “Stem Cells”
Next Masks and Hearing Aids