Recently I was having coffee with an office neighbor here and he brought up the subject of the national debt. For ease when the subject came up I’d just round up to $17 trillion. I couldn’t quite keep up with the debt-o-meter. I’m now rounding to $20 trillion for the sake of discussion. This should keep me ahead of the curve for a year or two. So my neighbor Mike expresses his concern about the national debt, like many others, and asks, “This can’t go on like this forever, can it?” I prefer easier questions like “what is the origin of life?” Like everybody else, I can’t fathom an answer to that question. What I have discovered is when you are confronted with a very difficult question it’s helpful to eliminate other possibilities and arrive at a probable answer.

This is what I think about in my down-time between major market reversals, interest rate reversals, and/or changes in fiscal and monetary policy.

This is how I arrived at my answer. By the way, there doesn’t have to be a 100% probability to the eliminations to come to the most likely outcome. 90-95% will do. Of course death and taxes are a 100% probability, but I can’t use the death part for the sake of this exercise. So, first, will the government decrease spending? No. Will tax revenue offset spending? No. Does money have to have a cost to it (an interest charge)? Yes. When I first considered this issue, I came to the following conclusion: The government will continue to print money to fund an ever expanding national debt. They will strike a balance in the money supply by injecting enough to provide for the needs of the economy, but keep it in sufficient check to prevent runaway inflation from causing interest rates to soar. At least that’s what they will try to do. History has shown that the government (and I’m including the Federal Reserve in that) occasionally gets the accelerator and brake mixed up. Upon further consideration of my hypothetical questions, I believe I stopped too short. Could we live with an ever expanding national debt? Maybe we could if debt didn’t have a cost. But it does have a cost, so there will be a massive transfer of wealth to fund it.

One of the reasons most Americans have trouble getting their head around this concept is that most of us don’t print money. Those wild and crazy guys who do may just be forgiven for following the government too literally. Anyway, this issue above is so beyond our individual lives that it’s had little effect on personal financial planning. The stock markets are near historical highs, and interest rates near historical lows causing bonds to be at extraordinarily high levels. To complement that, “low risk” instruments like Certificates of Deposit, T-Bills, and checking and saving are paying paltry rates. Were these circumstances caused by the scenario I mentioned above? I believe the low interest rates were. But, either way, citizens around the world have had to deal with financial excesses and shocks for hundreds of years at least. This is just another chapter.

Just about everything society has needed in the past, food, clothing, shelter, transportation, entertainment, security, defense, etc. etc. will be needed in the future. That is what will drive the economy. If you worry about things like North Korea and Iran making dire threats use the process of elimination on the options. Unlike the past, because of technology, the people who start the wars find themselves on the front line very quickly. Evolutionary psychologist Steven Pinker states that “Despite all the drawbacks of modern living, we really are living in the most peaceful time in recorded history. But remember, it’s all relative. Even more peaceful days may be yet to come.”

The opinions voiced in this material do not necessarily reflect the views of LPL Financial and are for general information only and are not intended to provide specific advice or recommendations for any individual.

Share
Previous Specialists Take the Stress Out of Long-Term Care
Next What is Vertebroplasty and Kyphoplasty? 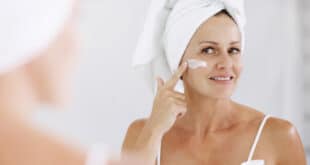 Noticing that your skin is starting to look dull, blotchy, or discolored? Do you have …