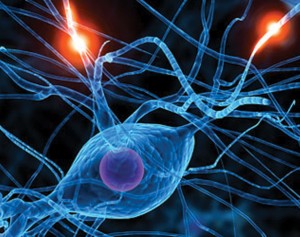 It is no surprise that memory loss may affect us with greater frequency, as we age. A certain amount of memory loss is to be expected. But there is a big difference between the normal forgetfulness that comes with aging and debilitating mental illnesses such as Alzheimer’s disease.

Most people forget where they placed their keys from time to time or the name of a recent acquaintance. These minor lapses in memory are normal and may be age-related, to some degree.

But age-related memory loss doesn’t prevent you from living a full life. People with memory loss due to more serious conditions than the normal memory loss mentioned above, find that the memory loss is actually interfering with their ability to go about their daily living.

Age-related memory loss usually remains pretty stable after its initial onset, unlike the memory loss associated with Alzheimer’s which tends to get worse over time. Some additional signs of Alzheimer’s disease may include, asking the same question multiple times after receiving an initial answer; inappropriate use of words; inability to follow a recipe or other steps to completing a task; becoming lost while driving or walking on familiar streets. Sudden mood or behavior changes for no apparent reasons may also signal that something is awry.

It is important to seek medical attention, quickly if you experience any of these symptoms. These symptoms can be indicative of conditions other than Alzheimer’s; conditions that may be reversible and treatable if diagnosed in time. Contrary to what many people believe, even Alzheimer’s disease responds to some treatments and the prognosis is better for those who seek medical treatment for the disease, than those who don’t.

Recent study findings revealed this past July, during the International Alzheimer’s Association meeting in Vancouver, documented the success of using intravenous immunoglobulin in a small group of patients. The controlled study found that Alzheimer’s stabilized after just three years of treatment.

In general, a patient with Alzheimer’s disease has some worsening of his memory abilities in 9-12 months. Immunoglobulins are antibodies produced by the immune system and are already approved by the FDA to treat several diseases, including immunodeficiency. The study showed that immunoglobulins work by decreasing inflammation in the brain. They also prevent the deposition of a toxic protein to the nerve cells called beta-amyloid, which is currently thought to be the culprit of the memory cells death. A new imaging modality, Amyloid PET scan is now able to detect the buildup of this protein in the brain of a patient with Alzheimer’s disease even before the very first symptom occurs. The study also revealed some reduction in the brain shrinkage which is commonly seen in patients with Alzheimer’s disease.

The research is still ongoing. The IV immunoglobulin has not yet been approved for the use in Alzheimer’s. If it is approved, the high cost, $2000-5000 every two weeks, for infusion and the shortage of the drug will become an issue. In general, the study participants experienced mild or no side effects.

While the study nears completion, the international medical community anxiously awaits the final results of the effectiveness of the dug on Alzheimer’s symptoms. For more information about Alzheimer’s or to learn more about treatments and current research programs, please contact the office of Dr. Levy at 239-594-8002.

Share
Previous Take a second and smile…
Next Sciatica & Leg Pain … You don’t have to suffer!