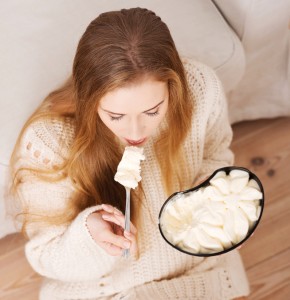 February 23-March 1 is designated as National Eating Disorder Week to shed light on the seriousness of eating disorders and improve education about the warning signs and how to help those struggling.  Education and direction to resources can lead to earlier detection, intervention, and help.

Although eating disorders are typically twice as common in women, BED seems to be an “equal opportunity” disorder, with 40% occurrence in men. Data also indicates the BED does not discriminate against race. BED is as common in African American women as it in Caucasian and Hispanic women.

Binge Eating is characterized by insatiable cravings that can occur any time of the day or night, usually secretive, and filled with shame. Bingeing is often rooted in poor body image, use of food to deal with stress, low self-esteem and tied to dysfunctional thoughts.

No one knows for sure what causes BED. With the association of BED and obesity, this disorder becomes a major public health issue that presents both medical and psychiatric issues that impair the quality of life.

What does BED look like?
This vicious cycle of recurrent bingeing without purging brings feelings of despair, disgust, and a sense of loss of control. Despite popular beliefs, someone suffering from an eating disorder can be of any weight and are often adept at hiding their illness.

Distinguishing between overeating and binge eating is sometimes difficult. Compulsive eating, emotional eating are terms that have been around for years. BED is not merely the occasional craving, over-eating when you are hungry, or the overindulgence during the holidays.

The National Association of Anorexia Nervosa and Associated Disorders outlines the following criteria for a diagnosis of BED:
. Marked distress over binge episode
. Occurs at least 1x per week for 3 months

And, THREE or more of the following:
. Eating more rapidly than normal (i.e. 2 hr period)
. Eating until feeling uncomfortably full
. Eating large amounts of food when not feeling physically hungry
. Eating alone because of being embarrassed by how much one is eating
. Feeling disgusted with oneself, depressed or very guilty over after overeating

Detection
Unfortunately, many people with BED go under the radar. The pain of struggling with BED is often hidden from family, friends and even doctors.
Some questions to ask:
• Are there any problems with your eating?
• Are there “binge” foods that you know will be
a problem?
• Is life built around food and eating?
• Do you feel compelled to binge?
• Do you eat rapidly and continue to eat,
despite feeling uncomfortable?
• Once you start eating, can you stop?
• Do you lie about the amount of
food consumed?
• Do you want to eat alone?
• Do you stash food around the house, car,
or desk at work?
• Do you have feelings of remorse, shame, guilt,
disgust or loss of self-esteem after overeating?

Education, early intervention, and access to care are critical.
Early diagnosis and intervention significantly enhance recovery. If not identified or treated in their early stages, eating disorders can become chronic, debilitating, and even life-threatening conditions. A review of nearly fifty years of research confirms that anorexia nervosa has the highest mortality rate of any psychiatric disorder. As a culture, it is time for all communities to talk about eating disorders, address their contributing factors, advocate for access to treatment and take action for early intervention.

While eating disorders are serious, potentially life-threatening illnesses, help is available and recovery is possible. It is important for those affected, and their loved ones, to remember that they are not alone in their struggle. If binge eating is affecting you or someone you love, please call 239-561-0009 to discuss available clinical study programs.

We are currently researching breakthrough medications and treatments that could reduce or stop the behaviors altogether. Previous results of these trials have shown positive outcomes.