Men! Is Prostate Cryotherapy Right for you? 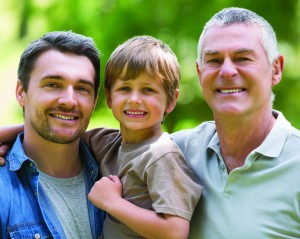 In the United States, it is estimated that Prostate Cancer will affect 233,000 men in 2014 alone. According to the National Cancer Institute, almost thirty thousand cases will result in death. Ranking as the 2nd leading cause of cancer death in American men, approximately one in every seven men will be diagnosed with the disease in their lifetime. Needless to say, prostate cancer is more prevalent than one would hope.

What is Prostate Cancer? The prostate is a gland located in men below their bladder and in front of their bowel. This organ forms part of the male reproductive system, releasing prostatic fluid. Prostatic fluid protects and enriches sperm. Cancer can form in the tissues of the prostate gland. It is not clear what the exact triggers of prostate cancer are. However, there are risk factors to be aware of. The greatest risk factor is aging. The second is genetics; followed by the man’s diet. Thankfully, there are treatments for prostate cancer with high cure rates. One of which is Prostate Cryotherapy.

How is Prostate Cryotherapy Performed? This outpatient procedure requires general anesthesia. It is very similar to brachytherapy (radioactive seed implant) for prostate cancer. An ultrasound machine is used to visualize the prostate and aids in the placement of the treatment needles that are known as ice rods. The number of ice rods placed is dependent on the size of the prostate and location of the cancer. Freezing is performed until temperatures reach -40 degrees Celsius. During the procedure we are able to visualize ice formation along the tip of the ice rod. A urethral warming device is placed in the urethra to prevent any injury to the vessel. Freezing is performed with nitrogen gas, which is followed up with thawing by helium gas. A double freeze-thaw cycle is the standard treatment. Temperature probes are placed in the rectal, urethral, and nerve bundle areas to monitor the freezing and thawing.

The entire procedure takes no more than an hour. Patients are discharged home with an indwelling urethral catheter.  Control of the cancer has been excellent and success rates are comparable to those of radiation. Complications consist of urinary symptoms such as frequency, urgency, burning, and blood in the urine. Incontinence is rare and impotence can sometimes occur depending on the location of the ice ball formation.

Am I a good candidate for Prostate Cryotherapy? This procedure is an excellent alternative for men who have primary prostate cancer, radiation failure after prostate cancer, or those who may have a very small amount of cancer.

For any further questions regarding Prostate Cancer, Prostate Cryotherapy, or Urology overall, you can contact Dr. Harry Tsai at
(239) 985-1900. His clinics are located at 13370 Plantation Road – Suite 3 in Fort Myers and 126 N Del Prado – Suite 103 in Cape Coral.