By The Law Offices of David L. Orosz –

Medicare and Medicaid, al-though they sound similar, are as different as night and day. 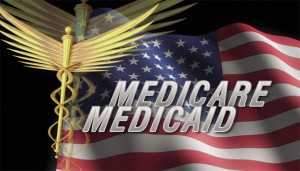 Most Think Their Medical Needs Are Covered
Most Floridians think they have all of the costs of their medical needs covered through Medicare and their private Medigap policy only to realize too late that certain needs are simply not covered. And those needs are for nursing home care or care in an assisted living facility. These are the senior citizens with chronic illnesses such as Alzheimer’s, Parkinson’s, Post-stroke, Diabetes, ALS, Multiple Sclerosis, Neurological disorders, Emphysema, Debilitating Arthritis and COPD, just to name a few.

The Cost of Long Term Care
The cost of long term care, regardless of the setting, can be just as financially devastating for the chronically ill as a hospitalization or operation for the acutely ill. The difference in the way the health care system treats them, however, is dramatic. For example,

While the majority of seniors needing long term care have savings of between $50,000 and $300,000, I have yet to see the first millionaire on Medicaid in my practice of 20 years in this area of the law. But I do know a significant number of millionaires who have had heart and other major transplant surgeries at no cost to them!

Forced Into Poverty Before Medicaid Kicks In
The only program that provides assistance to the elderly in meeting long term care needs is the Medicaid program. Yet, even in the Medicaid program, senior citizens whose health requires this care are often forced into poverty and at times

treated as if they are second class citizens. No one yearns to be on a program like Medicaid. Seniors engage in Medicaid planning mainly because they find themselves in a “lose-lose” corner. First, they lose their health and need long-term care and  come face to face with nursing home costs averaging $80,000-$90,000 per year. Second, they learn that they will have to lose virtually their entire estate to pay for long-term care; paying 100% out-of-pocket until they reach Medicaid’s definition of impoverishment.

What are the Two Financial Tests?
Now we need to understand the word “impoverishment” and the two financial tests of Income and Assets as they are defined by the Medicaid system in Florida, all of which we will discuss in next month’s issue of Health & Wellness.

Share
Previous Long-Term Care Insurance: A Multifaceted Protection
Next Oral HPV and Oral Cancer: Are You at Risk?