Mammary Cancer in Our Pets 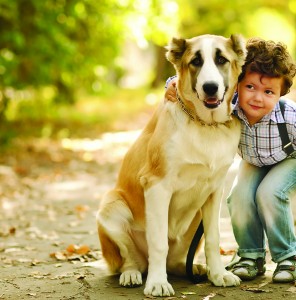 Pets, like people, develop tumors in their mammary tissue quite commonly. Very significant differences, however, exist between species, and a general understanding of certain key facts can be invaluable to current and future pet owners.

Mammary tumors in our dogs and cats are much more common than people realize. Mammary tumors are the number one cancer of female dogs, accounting for up to 52% of all cancers. In cats mammary cancer is the third most common tumor. These tumors come in many different sizes, shapes, and cellular origins; some are entirely benign while others are highly malignant. Whereas in dogs about 50% of mammary cancer is malignant, around 90% of feline mammary tumors are.

The consequences of not spaying your dogs and cats are very clear. Spaying your pup before her first heat cycle decreases her risk of developing mammary tumors to about 0.05%! Waiting until after her first heat cycle increases that incidence to 8%. That number catapults to 26% chance of mammary cancer if you wait until after her second heat for her to be spayed. Intact female cats of any age are seven times more likely to develop mammary cancer than if they were spayed. Spaying your cat before six months of age will reduce her risk of developing mammary cancer by 91%. Yes, spayed dogs and cats (and even males for that matter) can still develop mammary cancer, but that likelihood can be all but nullified if you have them spayed as early as feasible.

The most common clinical signs of mammary cancer is a lump of any size, shape, or consistency on your pet’s underside. Often no other signs exist, but some animals can be painful, lose weight, or have low red blood cell counts. A lump on your pet’s underside does not automatically mean that it is a mammary mass. Your vet may want to confirm that the mass is indeed mammary tissue in origin. This can be quickly, affordably, and relatively non-invasively ascertained with a small needle to collect cells for cytology. While cytology can confirm that the mass is or is not mammary tissue, cytology alone is usually very poor at determining if that mammary tissue is benign or malignant. Most of the time to obtain a definitive diagnosis, the mass needs to be removed and sent to a lab for histopathology.

For those of you with small mammal pets, be on the lookout, too. Although mammary tumors in rabbits are rare, if they do occur, they often spread very rapidly. The good news is that they are nearly entirely preventable if the doe is spayed before she is two years old. Pet rats, male and female, have very high incidence of mammary tumors. These cancers can grow amazingly large and quite quickly. Over 90% of the time these tumors are benign and are readily cured with surgery. Just the opposite can be said of these masses in mice.

If you feel that your pets may have a lump on their underside, have them seen by your veterinarian as soon as you can. Early diagnosis can afford your pets the treatment that can be curative or be the difference in years, instead of months, of quality life.