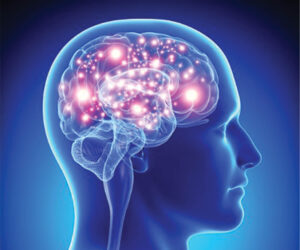 With 6 million Americans already diagnosed with Alzheimer ’s disease, a growing number of these individuals  also have a lesser known form of Dementia called Lewy Body Dementia or LBD. Lewy Body proteins can be found in Alzheimer’s patients, Parkinson’s patients or can be independent diagnosis. This medical condition takes on strong characteristics of Parkinson’s and Alzheimer’s disease and unfortunately, is often misdiagnosed. Although nearly 1.4 million people have LBD, medical professionals are just now beginning to better understand the symptoms, diagnosis and management of the disorder.

What is LBD?
In the early 1900’s a German neurologist discovered a protein in the brains of Parkinson’s patients. This protein’s medical term is Alpha-synuclein, but the common name is Lewy Body. These Lewy Body proteins build-up abnormally in the brain stem and migrate throughout the brain causing sleep disturbances, muscle stiffness, muscle twitching, memory problems, problem-solving disruptions, and behavioral changes.

The imaging scans of individuals with progressed LBD show significant deposits and disruption in the middle brain area. The midbrain controls speech, hearing, temperature and sleep.

A person with LBD will experience mild symptoms at the onset of the disease that progress, including: cognitive, motor, physical, sleep and behavior symptoms, including hallucinations, insomnia and acting out. Following directly behind Alzheimer’s disease, it is the second most frequent form of dementia.

One of the symptoms of LBD is medication sensitivity. Many of the traditional treatments for Alzheimer’s and Parkinson’s diseases will make LBD much worse. It is important to work with a physician who understands the disease well including the treatment options. Each patient will respond to medication differently.

Quick Facts – LEWY BODY DEMENTIA:
• Different from Alzheimer’s disease and related to Parkinson’s disease
• Degenerative – not curable but can be slowed
• Caused by microscopic Lewy Bodies in the cognitive and motor areas of the brain
• More common in men than women
• A multifaceted disease with cognitive, physical and perceptual, behavioral and motor symptoms

McKenney Home Care provides exceptional in-home health services and client-centered care. With a passion for maximizing the quality of life of their clients and families, they are driven to ensure social engagement and specialty services during all stages of life.

For individuals with neurodegenerative disorders, McKenney Home Care delivers enriched specialized training for its caregivers working with Dementia Patients. In addition to specialized videos and manuals, McKenney educates the caregivers through the use of a Virtual Alzheimer’s App. This virtual reality experience helps caregivers understand the feelings and experiences of those suffering from Alzheimer’s and other forms of Dementia.

Share
Previous Want 20/20 Vision for 2021? Why You Shouldn’t Put off Your Eye Exam
Next Struggling to Lose Weight? Balanced Hormones, Diet, and Lifestyle Choices are Your MOST Powerful Weapon!