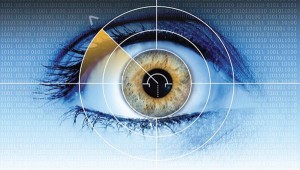 Performed since the early 1970’s, refractive surgery procedures improve vision due to nearsightedness (myopia), farsightedness (hyperopia) and astigmatism. With the advent of the laser for refractive surgery (photorefractive keratectomy or PRK), a new era in eye care is unfolding. It has been found that the excimer laser procedure combined with the creation of a corneal flap (Lamellar Keratoplasty or LK) is an excellent technique for reshaping the surface of the cornea to correct nearsightedness and astigmatism. The combination of both procedures is called Laser Assisted In-Situ Keratomieusis (LASIK) and offers the accuracy of refractive lasers with the benefits of the LK procedure’s speedy recovery.

What is a Refractive Error?
In normal vision, light enters the eye through the cornea and is focused at a single point on the retina at the back of the eye.

With a refractive error, there is a defect in the way light passes through the eye. Light rays do not refract (bend) properly to achieve a single focus point. Instead, light rays focus in front of the retina (nearsighted), behind the retina (farsighted), or at two different points (astigmatism).

Refractive errors usually result from a defect in the length of the eye or shape of the cornea.

Hyperopia or Farsightedness
The cornea is often too flat or the eye is too short and light rays focus behind the retina. Both near and distant vision are usually blurry

Astigmatism
The cornea is irregular and egg shaped, causing light rays to focus at multiple points and resulting in blurred or double vision at all distances.

What is Laser Light?
Normal light from the sun or a light bulb is made up of a range of energy that scatters and radiates in all directions. A rainbow shows the spectrum of visible colors, from red to violet, that make up normal or white light. Laser light is not radiation, as are x-rays, cosmic rays and gamma rays. It is made of a single color or wavelength of light, with all of the light rays traveling in the same direction (coherent light). The light itself is safe and does not become effective in medical treatment until it becomes highly concentrated through the use of special mirrors and lenses.

The Excimer Laser-in-situA laser contains a device to create light in a similar manner as a light bulb, but more sophisticated and precise. With an excimer laser, when an electric current is passed through a tube containing a special gas (argon fluoride), a reaction occurs that produces ultraviolet light energy. The direction, focal point, intensity and release of the light from the tube are precisely controlled by the surgeon and a computer. As laser light is produced, it passes through a system of mirrors that result in all light rays traveling in one direction. When light first exits the laser it is relatively weak, but then the light passes through a system of lenses which focus the energy into a fine point. As it gets closer to the focal point, the energy becomes more concentrated and the beam gains strength. Laser lgith reaches its maximum strength at the focal point, the point where all the rays converge. The strength of the beam rapidly diminishes after passing the focal point, and can no longer affect other tissues in the eye.

The LASIK Procedure
A special instrument (a microkeratome) is applied to the cornea, creating a thin flap of corneal tissue. The flap remains attached to the eye at one end. Next, the laser is used to reshape the cornea. The flap is then put back into position and the procedure is complete.

Reshaping Vision
Instead of using heat to alter tissues like other lasers, an excimer laser beam breaks the bonds that link tissues together with only minimal effect on surrounding tissues. These unique properties allow the excimer laser to be used in the LASIK procedure to reshape tissue immediately beneath the surface of the corneal flap. After LASIK, light rays focus more precisely on the retina.

A computer, programmed by the doctor for each person’s own correction factors, controls the laser and the reshaping of the cornea. The procedure is performed while the patient lies on her/his back. In treating myopia, the laser segment of the procedure starts with a narrow diameter beam. As the laser beam expands or moves, a tiny lens-shaped disc is created.

The focal point of the beam only penetrates the cornea about two-thousandths of an inch (about half the thickness of a human hair). Only a small area in the center of the cornea is treated, essentially producing a concave lens over the visual axis. Finally, the corneal flap is replaced (without stitches) and the LASIK procedure is complete.

After LASIK
After LASIK, the majority of people are able to pass a drivers license test without glasses or contacts. Many patients report an immediate improvement within the first day. For others, vision may be blurry and fluctuate during the healing period. People with high to severe levels of myopia or astigmatism may require an enhancement to achieve the desired results.

Outpatient Surgery
LASIK is performed on an outpatient basis using an “eye drop” anesthetic to numb the eye for painless surgery. LASIK takes less than 30 minutes and the patient leaves shortly after the procedure. An eye shield may be placed on the eye for temporary protection and to keep you from rubbing your eye in your sleep. Medication drops are used to prevent infection and promote healing. After LASIK, patients usually return to their normal lifestyle quickly with very few restrictions during the short healing period.

Is LASIK for Everyone?
To be eligible for LASIK the eye must be in good health and vision must be stable. However, some people are better candidates than others and some may be better suited to another refractive surgery technique or a combination of techniques. Consultation with the doctor prior to surgery is important to determine estimated benefits and possible complications.

Reading Glasses after Age 40
Presbyopia is a normal part of the aging process and usually occurs about the age of 40. As the body matures, the normally soft, flexible lens becomes hard and as a result, has difficulty focusing on close objects. Reading vision becomes blurred and difficult. Bifocals and reading glasses, which aid the eye in focusing on close objects, have traditionally been used to treat presbyopia.

Since the laser has no effect on the lens of the eye and cannot improve vision due to presbyopia, people who have had LASIK and have or develop presbyopia may need reading glasses for small print.

There are procedures like MONOVISION however, that corrects vision for people with presbyopia. Monovision is a technique (used for people with presbyopia) that corrects vision in one eye for distance and adjusts the other eye (usually the non-dominant eye) for reading vision. Your pre-surgery testing and discussions with the doctor will help determine if monovision or other refractive techniques are options you should consider.

Share
Previous Living with Diabetes? Understanding the Disease from a Diabetologist’s Perspective
Next It’s Back to School Time Exciting New Classes to Broaden Your Horizons