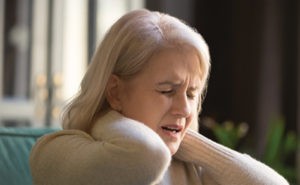 Over the past ten years, Ketamine has been studied in patients with severe depression. A rapid instantaneous effect takes place immediately upon the drug being dispensed intravenously. Due to the outcomes, there has been a lot of buzz in the news lately about IV Ketamine therapy for treating treatment-resistant depression as well other mental health disorders such as PTSD, OCD, and phobias. We can now add Social Anxiety Disorder to the list. For people who suffer from social anxiety, its effects can be crippling. Everyday interactions may cause such distress in these people that it interferes with opportunities for employment, healthy positive interactions with friends and family, and for students, not being able to reach their full academic potential in the classroom. These people may exhibit physical manifestations of their anxiety in the form of sweaty palms, high blood pressure, and a racing heart. Over an extended period of time, these symptoms not only cause mental anguish but also affect one’s overall physical health.

The standard treatments up to now have been antidepressants, anxiolytics, and behavioral therapy. For up to 50% of patients, these are ineffective in treating their social anxiety adequately. Recently, the results of a double-blind, placebo-controlled study with 18 patients diagnosed with Social Anxiety Disorder using IV Ketamine was published in The Journal of Neuropharmacology. What they found was that people responded to Ketamine. They had significantly less anxiety, which lasted up to 28 days. Patients, who received one IV Ketamine infusion, had less social anxiety, avoidance, and fear when compared to patients who received a placebo. For patients that have not responded to more conventional treatment, IV Ketamine can hold a great deal of promise.

PTSD
PTSD causes extreme side effects. Many individuals have severe nightmares, flashbacks, hyper startle responses, and loss of interest, severe anxiety and are often suicidal. Numerous military veterans with PTSD have issues with employment, violence, and relationships. These veterans often have severe flashbacks. Many people who suffer from PTSD have difficulty sleeping, feel detached and estranged, which can lead to permanent disability.

Managing Fibromyalgia with IV Ketamine
IV Ketamine has been used more recently to help treat neuropathic pain syndromes such as CRPS (Complex Regional Pain Syndrome), fibromyalgia, trigeminal neuralgia and herpetic neuralgias. It seems that there is a growing body of evidence to support that it may have a role in the treatment of chronic pain. Use of IV ketamine can significantly reduce pain in patients with fibromyalgia.

If you suffer from fibromyalgia or other chronic pain disorders or if you have any Social Anxiety disorder, IV Ketamine may be a treatment to consider. Please give us a call at Gulf Coast Ketamine Center. We thoroughly evaluate our patients to see if IV ketamine treatment is the best therapy for your specific needs.

Dr. Stephen Reichbach states, “In our opinion, IV Ketamine infusions are the gold standard for patients with severe mood disorders or those suffering from chronic pain. IV ketamine provides 100% bioavailability meaning that 100% of the drug administered, gets where it needs to go (the brain). This provides easier titration and a higher likelihood for a positive response. At the end of the day, the out of pocket cost to the patient may be more than the IV infusions depending on an individual’s insurance coverage, not to mention the time convenience advantage for the patient of the IV ketamine infusions.”

1 in 12 Americans Will Develop a Distressing Disorder Are you at Risk?