Is it My MEMORY… or Is it My HEARING?

The Latest Findings on the Connection Between Hearing Loss and Cognitive Function! 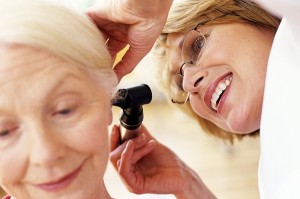 Does your loved one constantly forget items that you know you’ve discussed with them, or is it possible that they didn’t actually hear the message correctly? This question has been a concern for many families who suspect that a family member is showing signs of cognitive decline. Now, new research shows that hearing loss may not only be mistaken for signs of Alzheimer’s disease or Dementia but that hearing loss may actually contribute to cognitive problems!

A False Impression of Cognitive Decline
“We’ve always known that there are similarities between untreated hearing loss and Alzheimer / Dementia symptoms” states John Hoglund BC-HIS, ACA
of Hoglund Family Hearing and Audi-ology Services. “There are times when you may ask Mom a question about a specific topic, and she may give you an answer about a completely different subject that sounds absurd. You may be inclined to think she is showing signs of serious mental processing issues…but she was actually answering …what she heard!” “Similarly it is impossible to correctly remember what you don’t hear properly, so when Dad says that you never told him something that you KNOW that you discussed with him…he may not have understood what you said, but didn’t bother asking you to repeat it.” Episodes like these can give a false impression of cognitive decline where it is in fact simply due to their hearing loss. If the hearing problems are correctly addressed, these types of mistakes tend to go away.

Untreated Hearing Loss Linked to Alzheimer’s and Dementia
There have been many recent headlines that now show a strong body of evidence that untreated hearing loss can significantly increase the risk of developing Alzheimer’s Disease and Dementia! CNN reports that “The risk of Dementia appears to RISE as hearing ability DECLINES!” AARP quotes a study from Johns Hopkins and the National Institute on Aging that finds that “Men and Women with Hearing Loss are much more likely to develop Dementia and Alzheimer’s Disease!” They further state that “Even mild hearing loss DOUBLED the Dementia risk.” And the University of Pennsylvania School of Medicine links even EARLY STAGE hearing loss to accelerated BRAIN ATROPHY!

The findings suggest that poor hearing is a “harbinger of impending dementia,” says George Gates, M.D., a hearing expert at the University of Washington in Seattle, who was not involved in the new study but whose own research has demonstrated a link between the two conditions. “We listen with our ears but hear with our brains,” Gates says. “It is simply not possible to separate audition and cognition” People with moderate hearing loss generally struggle to communicate even in quiet settings, and those with severe hearing loss are near deaf. People with severe hearing loss, the study reports, were five times more likely to develop dementia than those with normal hearing.

Make Hearing Tests Part of Your Annual Physical
Frank R. Lin, M.D., an ear surgeon at Johns Hopkins Hospital in Baltimore, says that hearing loss has an enormous impact on the lives of his patients and their family members. “Yet because it is such a slow and insidious process, it is often left ignored and untreated.” It is therefore recommended that regularly scheduled Hearing Tests should be part of a Senior’s routine medical testing, and that hearing loss should be addressed as early as possible before these negative consequences begin to develop. “The intent of publishing these research articles is not to create “panic” among the Senior population that they are going to lose their faculties if they have hearing loss,” states Mr. Hoglund. “It is, however, information that people should learn about in greater detail, since regular hearing tests are often not included as part of an annual physical.” If you are over the age of fifty and have not had a Baseline Hearing Test, I would encourage you to begin monitoring your hearing acuity the way you monitor other aspects of your health. These tests are provided as a FREE public service by our Practice as a way of increasing knowledge and awareness of hearing related issues.

Hoglund Family Hearing and Audiology Services offer FREE Hearing Screenings at our Bonita Springs and Estero Clinics, and you will receive a dated copy for your personal medical records. At the time of your appointment, you will also receive a copy of six different reports about the research mentioned in this article.

Please call (239) 498-7142 to schedule an appointment. All it will cost is a little of your time… but the knowledge you receive may be priceless!

Share
Previous Mindfulness and Connection
Next Why Wellness Works