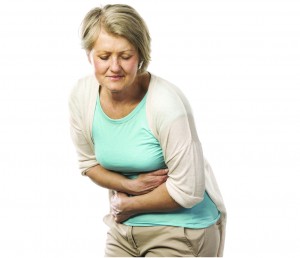 Irritable bowel syndrome, IBS, is a symptom based gastrointestinal disorder, which is often challenging for patients and their health care providers. It is characterized by abdominal discomfort, cramping, bloating, and a change of bowel habits. Irritable bowel syndrome affects 10 to 20% of the population and it affects nearly twice as many women than men. Symptoms often begin in early adulthood and have to occur for at least three times a month within 12 weeks during the course of the year to be diagnosed.

Changes in bowel habits is an indicator of IBS with classifications of constipation-predominant, diarrhea-predominant, or an alternating stool pattern. Often an individual who has irritable bowel syndrome will have the sensation of an incomplete evacuation following a bowel movement and may possibly have relief of their symptoms once a bowel movement occurs. Irritable bowel syndrome can cause chronic pain and a significant reduction in the quality of life in its sufferers.

With a significant effect on the quality of life, studies have shown that IBS patients have a propensity for depression. The overall economic impact of irritable bowel syndrome is also very substantial. Research has shown a loss of work productivity in people who suffer from irritable bowel syndrome to be equated to 13.8 hours lost per 40 hour work week.

DIAGNOSIS
The diagnosis of irritable bowel syndrome can usually be determined on symptoms alone. However, the presence of red flag symptoms makes the diagnosis less clear. Red flag symptoms include the following: weight loss, blood in the stool, pain that awakens one from sleep, age of onset greater than 50, abnormal physical exam, or signs of infection.

Once a diagnosis of irritable bowel syndrome is suspected, a health care provider will perform a medical history and a physical exam. During the medical history, questions regarding symptoms, stressful life events with a correlation of symptoms, dietary history, and a family history of gastrointestinal illness will be asked. It is important that medical illnesses that have similar symptoms are excluded. There are several diseases that may mimic irritable bowel syndrome; they include malabsorption from fructose or lactose, celiac disease, inflammatory bowel disease and bowel acid diarrhea. Blood tests and imaging studies may be ordered before a diagnosis is made. In patients over age 50, a colonoscopy is recommended.

TREATMENT
The treatment of irritable bowel syndrome (IBS) includes avoiding foods that are potential triggers. Caffeine, alcohol, and carbohydrates which are poorly absorbed in the small intestine, such as fructose and carbonated beverages, may trigger spasm in the muscles that affect the colon. Fiber supplementation has been shown to relieve the symptoms in patients who have diarrhea-predominant IBS.

It is important for patients who suffer with irritable bowel syndrome to develop coping mechanisms for reducing stress. Exercising 30 minutes a day, five times a week and relaxation techniques such as meditation have been shown to give symptom reduction. Lifestyle changes such as improved sleep habits may reduce anxiety leading to a reduction in gastrointestinal symptoms. Medications which reduce colon muscle spasms may reduce the pain and cramping resulting from irritable bowel syndrome. Some studies have shown that certain probiotics may improve symptoms as well.

Irritable bowel syndrome may be a lifelong condition. For some people, the symptoms can be disabling and have a huge social and economical impact. However, with proper treatment, symptoms can improve or be relieved. It is also important to remember that there is no correlation between IBS and cancer. If you or your loved ones have symptoms suggestive of irritable bowel syndrome, contact your health care provider.