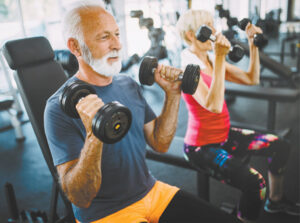 Is there a relationship between taking fish oil and exercise performance?

That was our hypothesis when we started giving Wellpride® fish oil to Thoroughbred racehorses nearly two decades ago. The theory held water. Trainers reported that their horses had better endurance and recovered faster after racing.

Today, we know a lot more about how omega-3 fatty acids support the body during exercise (both in animals and people). The growing body of research presents a compelling case for why workout junkies of all kinds should consider adding omega-3s to their exercise program.

Improved Muscle Mass
Omega-3 fish oil isn’t going to land you on any doping drug list, yet there are numerous reasons why getting an effective dose of fish oil every day could significantly improve your workout. One of the most surprising benefits is the omega-3 fatty acids’ impact on muscle mass and strength:

• A 2012 study from Brazil revealed that women in their 60s experienced greater improvements in muscle strength when they consumed 2000 mg of EPA/DHA and exercised each day. This was compared to women who completed the training without omega-3 supplements.

• A 2015 double-blind study focused on seniors (60-to 85-year-olds) found that consuming 3360 mg of EPA/DHA for 6 months helped increase muscle mass and muscle strength, independent of exercise.

While the above studies focused on older adults, there’s reason to believe younger individuals may experience similar benefits, too.

One study conducted on healthy adults (aged 25-45) found that supplementing with 4000 mg of EPA/DHA increased muscle protein synthesis. Another study on the same age group discovered that – when they consumed 3000 mg of EPA/DHA every day – study participants improved the number of bicep curls they could perform.

Reduced Muscle Soreness
Numerous studies have also looked at how omega-3s can impact muscle soreness after exercising, which is known as Delayed Onset of Muscle Soreness (DOMS). Omega-3s are well-known for their anti-inflammatory benefits, and when it comes to DOMS, omega-3s may reduce the risk of muscle cell injury by improving cell flexibility and elasticity.

A fair amount of research has been done on this topic, so we have picked a few favorites:

• A 2018 study from New Zealand looked at how omega-3s influenced a team of professional rugby players. The researchers compared how the rugby players self-assessed muscle soreness, fatigue and mood when taking 1500 mg of omega-3s compared to a protein-based placebo. Compared to the placebo, fish oil had a greater effect on reducing muscle soreness and fatigue.

• A 2018 study from researchers at Harvard Medical School found similar results when exploring how omega-3s impacted patients with coronary artery disease. Patients who received 3360 of EPA/DHA daily for one year had better physical function, fewer joint replacements, less pain and stiffness, and exercised more per week (compared to the control group).

What to Consider Before Taking Omega-3s
Before your rush out to buy fish oil capsules, it’s important to understand that the benefits of omega-3s depend on dose and quality. In one review, researchers found that consuming supplements containing only EPA or only DHA did not reduce several markers for DOMS. This is likely because these fatty acids have a synergistic effect in the cells and work together to produce the best results.

Secondly, getting an optimal omega-3 dose matters tremendously. In the studies referenced above, the researchers used between 1500 mg to 4000 mg of EPA/DHA daily to achieve positive effects. Unfortunately, many regular fish oil capsules contain only 300 mg of EPA/DHA. Depending on the brand and concentration, this means that you would have to swallow between 5 – 13 capsules daily to get the kind of dosages used in the studies cited above.

Alternatively, fresh, full-spectrum liquid cod liver oils, like Omega Cure®, can make it easier to get a higher omega-3 dose without having to swallow umpteen capsules. Just remember to read the nutrition facts to ensure you get enough EPA/DHA per serving.

This article was abbreviated from a longer version published on omega3innovations.com. For the full text and references, visit:

About Anne-Marie Chalmers, MD
Born and raised in the United States, Dr. Chalmers graduated from Brown University and completed her medical training at the University of Oslo in Norway. Dr. Chalmers practiced medicine in Norway for many years. Today, she serves as president of Omega3 Innovations. 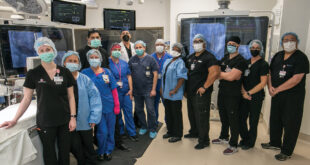