The Importance of Vaccinations 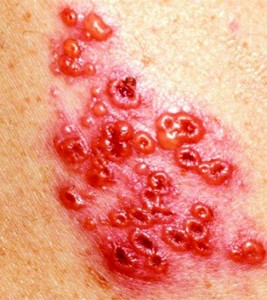 The debate over vaccines has caused a bit of a firestorm lately. The controversy usually revolves around the safety of use in infants or children. Lately, however, adults and seniors have been thrust into this debate as well. It seems that everyone has an opinion on the matter without much, or any, research. Vaccines have a significant and interesting past, as well as a promising future. To understand their true benefit, you should be knowledgeable of both sides of the vaccine debate.

Why do some question Vaccinations?
A few years back, a British physician named Andrew Wakefield started what is now commonly called the “vaccine debate”. While observing a dozen children that were in treatment for a bowel disease, he realized half of them were autistic and that all of those had the MMR vaccine (measles, mumps, and rubella vaccine). He drew the conclusion, strictly from this one observation, that the vaccine is what caused the autism. For parents of children with autism, this was difficult to hear. Thus, the suspicion of vaccines was created. Even after the Institute of Medicine declared through many studies and research that the MMR vaccine did not cause autism, the speculation remained. Parents are advised to speak with their physicians and become educated on the pros and cons of getting their children vaccinated. Only facts will help you decide what is best for your child.

How have Vaccinations shown their worth?
Back in the early 1950’s, Polio was a terrifying epidemic. It was one of the worst outbreaks in United States history. There were over 3,000 deaths in 1952 alone and that number was only growing. Shortly after the peak of Polio, there was finally a vaccine perfected to eradicate the disease. The last known case of Polio in the United States was back in 1979. Without the vaccine, hundreds of thousands, even millions more would have been affected by the crippling disease. In those days there were no questions whether it was safe to be vaccinated or not; the fear of Polio eliminated any hesitation by parents to vaccinate their children. Those vaccines proved to do exactly what they were designed to do, prevent further polio outbreaks.

Does my Age affect which Vaccinations I should get?
As we grow older we tend to put many things behind us, some good and some bad. There is a notion that getting shots is for the younger generation. Some believe getting older means being less susceptible to diseases, when in fact it is just the opposite. There are certain diseases that seniors are actually more prone to; such as Shingles, Pneumococcal Diseases, and Influenza.
. Shingles is actually caused by the same virus that creates Chicken Pox. Shingles is a painful rash that triggers water blisters on top of the epidermis layer of the skin. Outbreaks from this disease can last a few months or even years. Immunization for shingles is recommended for people 60-years-old or older. Receiving the vaccine for Shingles has been shown to cut the percentage of occurrence by 50%.

. Meningitis, Pneumonia, and Bacteremia are all classified in the Pneumococcal Disease category. All can be very serious, and even deadly, to the elderly. PPSV (Pneumococcal Polysaccharide Vaccine) protects against 23 types of pneumococcal bacteria. This vaccination is recommended for all adults 65-years-old or older. It has a success rate against Pneumococcal Diseases of 60-80%.
. Influenza, or the flu, has also been a problem for the elderly. Getting the flu at an older age, when the immune system is not as strong, means it may last longer and have a more harmful impact. Flu Shots do not truly start to work until a few weeks from the time of immunization, when it becomes fully developed in the body. The Flu shot should be taken a few weeks, to a month, before National Flu Season, which occurs in November.

While there are always two sides to every topic, we have some of the most credible and educated physicians right here in Southwest Florida. Contact your local physician to learn your options and understand the facts about certain vaccinations. Receiving vaccines can protect you or a loved one from numerous complications.

Banyan Assisted Living wants you to be knowledgeable about vaccinations and their importance to the elderly. They are devoted to bringing the elderly a healthy, happy, quality lifestyle. For more questions regarding their upscale senior living community call (941) 412-4748. They are located near the Gulf of Mexico at 100 Base Avenue East, Venice, FL 34285.

Share
Previous YOUR “ARCH” ENEMY
Next Is good health in your future?