When you think about it, it’s a pretty bold statement. 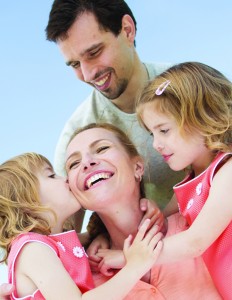 It is an even bigger thing to make a claim of future faithfulness for myself and my family.  That’s boldness!  You probably know already that the words above are from the lips of Joshua, the Old Testament character that led the people of God into the Promised Land.  By the time he spoke these words, he was a faith-tested, battle-experienced, miracle-believing servant of the Lord.

He also was a father and a grandfather.  And the statement above indicates that he had great faith for a great family.  And not only did he declare faithfully service to the Lord as his family’s agenda, he saw it through.  Here’s what he had.

First, he had a personal commitment to follow God’s will.  As you prioritize the place that the Lord Jesus Christ is going to have in your family, you will quickly learn that you cannot lead others to a place you have not been.  Recall that Joshua was one of the first faithful spies to discover the wonders of the Promised Land.  Joshua was one of two (out of twelve) that stood against that majority view, and stood true to believing God.

Second, he had the faith to believe God for big things.  When we were children, we sang about the collapse of the wall around the city of Jericho.  Recall that the battle for Jericho took place under the (human) leadership of Joshua.  When God described a battle plan that only made sense in light of great faith in a great God, Joshua did not balk.  He believed God for what seemed impossible.  Marching in circles, yelling, and blowing trumpets is not what led to the destruction of the powerful enemy.  It was faith in action that saw those walls fall.

Third, he had the character to stand against sin.  It’s not as well known as the battle of Jericho, and we sure don’t sing songs about it, but the very next battle that Joshua led the people into was the battle of Ai.  It was a little village that should have been an easy win.  But do you remember what happened?  God’s people got clobbered in the battle!  Do you remember why?  It was the sin of a one man, Achan, who hid some of the plunder of Jericho in his tent, leading to a loss of power for the whole nation of Israel.  But God was faithful as He led Joshua to detect and correct the sin that was within the Israelite camp.  What does this show us?  If we are going to set the right priorities for our homes, we are going to have to be willing to be constantly alert to the sneak attacks of the enemy as he tries to knock our families off track.  Too many parents are unwilling to lovingly but firmly confront, correct, and then comfort their children, from toddlers to teenagers, about issues of sin and righteousness.  But Joshua was not afraid to take a stand.

Do you want your family’s journey to be one that has you serving God together, with priorities lined up right?  It takes commitment, faith, and character! 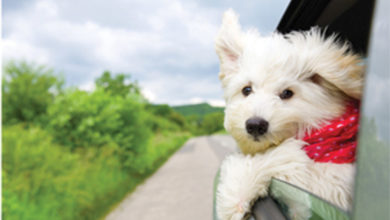 Hurricane Season: What To Pack Now For Your Pet

How to Enjoy Having Your Home Professionally Cleaned