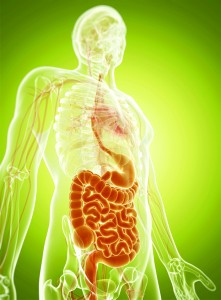 Irritable bowel syndrome (IBS) is a common gastrointestinal disorder that  manifests as abdominal pain or discomfort, spasms, bloating, gas, and abnormal bowel movements with alternating diarrhea and constipation. It affects up to 20% of adults and even children, and is usually a frustrating problem for those afflicted. The usual stool and blood tests, and even invasive tests like upper endoscopy and colonoscopy, are frequently unrevealing of causes.

IBS has multiple causes including stress, food sensitivities/allergies, repeated antibiotic use, parasites, insufficient beneficial gut bacteria, overgrowth of bacteria in the small intestine, and hormonal changes. Frequently, IBS cases start with a bacterial, viral, and parasitic infection, and then the symptoms continue but no cause is found on routine testing. Patient may suffer for months to years and eventually accept this condition as untreatable.

My practice of functional medicine greatly values the health of the gut so I seriously pursue cases of chronic IBS even if previous conventional tests have not yielded any helpful information. I order comprehensive digestive and stool analysis with parasite screening, usually on 3 days of stool samples, from special laboratory tests in the country. The yield with these specialized stool tests is so much better. In one study, Blastocystis hominis, a parasite, was found four times more in IBS patients, and symptoms resolved in 80% of IBS patients when this parasite was treated.

An entity that can cause IBS that is often overlooked is one called Small Intestinal Bacterial Overgrowth, or SIBO for short. SIBO is a condition in which abnormally large numbers of bacteria are present in the small intestine, and the types of bacteria in the small intestine resemble more the bacteria in the colon than those of the small intestine. Common symptoms of SIBO are gassiness and bloating, diarrhea, greasy stools, weight loss, and nutrient deficiencies (e.g. Vitamin B12, A, D and E, iron, thiamine, niacin). Causes of SIBO include low stomach acid, use of acid-blocking drugs, poor gut motility from diseases like diabetes, collagen vascular diseases, immune deficiency states, bowel surgeries, and advancing age. SIBO can lead to many health problems like food intolerances and sensitivities, uncomfortable bloating after meals, nutrient and fat malabsorption, inflammation like arthritis and neuropathies, chronic fatigue, and restless leg syndrome. Therefore, diagnosing and successfully treating SIBO is important. Diagnosis is not through stool tests but through breath tests that measure gases emitted after ingesting lactulose, a sugar solution.

Treatment of SIBO is targeted to the underlying cause, and can include antibiotic therapy, herbs, prokinetic agents, removal of acid‐blocking drugs (if safe to do), use of digestive enzymes and hydrochloric acid supplements, stress management, and dietary changes (like FODMAPs and SCD diets).

In conclusion, irritable bowel syndrome is a common entity that is frustrating for patients and conventional doctors to evaluate and treat as it has many possible but elusive causes. Hidden parasitic infections, imbalance or overgrowth of gut bacteria in the small intestines are among diagnosable and treatable causes. These conditions, left untreated, can lead to more health problems. Therefore, do not give up if you have irritable bowel syndrome and have not found answers even after exhaustive conventional medicine consults. Seek the opinion of a functional medicine physician like myself. I can offer you highly scientific tests that often yield more results, and treatment modalities that make sense and provide hope.

Your Painful Pet. Arthritis is more common than you think.