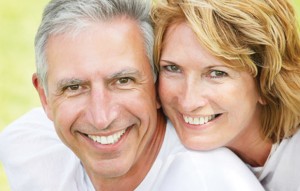 Arecent study of women (September 2012) by Brigham and Women’s Hospital in Boston, Massachusetts has shown that the more frequently women take ibuprofen (i.e. Advil, Motrin, Midol) or acetaminophen (i.e. Tylenol) the higher their risk of hearing loss. The results showed that the link was stronger for women less than 50 years old and especially strong for those who took these common, over-the-counter medications for six or more days a week. There was no link between hearing loss and aspirin in this study.

According to study researcher Dr. Sharon G. Curhan, M.D. of the Brigham and Women’s Hospital Channing Division of Network Medicine, “possible mechanisms might be that NSAIDs [non-steroidal anti-inflammatory drugs] may reduce blood flow to the cochlea — the hearing organ — and impair its function. Acetaminophen may deplete factors that protect the cochlea from damage.”

However, some experts disagreed with the strength of the findings.

“Hearing tests were not performed in this study,” said Dr. Ronna Hertzano, an otolaryngologist from the University of Maryland School of Medicine, who was not involved in the study. Instead, the researchers relied on study participants’ answers to one question on a questionnaire, which is a less accurate measure of hearing loss and limited the validity of the study, she said.

“Hearing loss over the age of 50 is common,” Hertzano said. “Some people may be bothered by it, while some aren’t even aware they have it.”

In an earlier study reported in the March 2010 issue of the American Journal of Medicine, it was shown that men who take aspirin, ibuprofen, or acetaminophen regularly are at increased risk of hearing loss, especially in men under the age of 60.

Researchers from Harvard University, Brigham and Women’s Hospital, Vanderbilt University, and the Massachusetts Eye and Ear Infirmary, Boston, evaluated factors other than age and noise that may influence the risk of hearing loss. Although the ototoxic impact of aspirin is well known, it has been uncertain among non-steroidal anti-inflammatory drugs (NSAIDS) such as ibuprofen and acetaminophen, which, along with aspirin, are the three most commonly used drugs in the United States.

More than 26,000 men who were part of the Health Professionals Follow-up Study were included in this new study. A questionnaire was used to determine the men’s use of analgesics, hearing loss, and various other factors.

The bottom line is this.

There are a number of factors that contribute to the development of hearing loss. Advancing age is a strong risk factor, along with some medical conditions, certain medications, exposure to excessive noise and genetics as well as the frequent use of ibuprofen, acetaminophen and aspirin. Even though these common drugs are widely available, it is important to remember they are still drugs and may have side effects. Therefore it makes sense to discuss the long-term use of these products with your doctor.

Dr. Noël Crosby, Au.D., owner and practicing audiologist at Advanced Hearing Solutions in Englewood, FL is an experienced professional whose career has been devoted

to helping people of all ages hear and understand more clearly.

With over 23 years of experience, Dr. Crosby’s career path is marked by the pursuit of advanced education. After completing her undergraduate requirements, she received her Bachelor and Master of Science degrees from Florida State University and her Doctorate in Audiology from the University of Florida.

Her credibility as an authority grew during her tenure as the Director of Audiology at the Silverstein Institute in Sarasota, FL from 1991-1998. Today, in addition to managing a successful audiology practice, Dr. Crosby just completed her second term as president of The Florida Academy of Audiology.

Share
Previous Early Detection is Fatal – Prostate and Ovarian Cancer Awareness
Next What Is a Life That Counts?