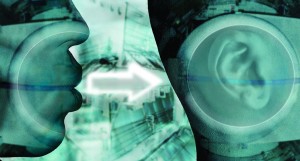 Listen to your ears. They might be telling you something. If you are experiencing hearing loss, pay attention to your entire health. The more we learn about hearing loss, the more we discover that it very often co-exists with other health conditions. You should pay attention to your entire wellbeing. Hearing loss is not a self-contained impairment limited just to your ears.
Many different studies conducted here in the USA and overseas have demonstrated that quite a few serious ailments can impact how well we hear. These studies have shown that all the bodily organs and functions are tightly interconnected: When one system or organ fails, it sends rippling effects through the others. Your hearing is not immune to this process.

The inner ear is extremely sensitive to blood flow. Studies have shown that a healthy cardiovascular system—a person’s heart, arteries, and veins—has a positive effect on hearing. Conversely, inadequate blood flow and trauma to the blood vessels of the inner ear can contribute to hearing loss.

Some researchers hypothesize that because the inner ear is so sensitive to blood flow, any abnormalities in the condition of blood vessels in the inner ear could be noticed earlier than in other, less sensitive parts of the body. In one study—presented by David R. Friedland, MD, PhD, Associate Professor of Otolaryngology and Communication Sciences at the Medical College of Wisconsin in Madison at the 2009 Combined Otolaryngology Spring Meeting—it was hypothesized that low-
frequency hearing loss may be a potential marker for predicting the presence of, or potential development of cardiovascular disease. According to a study in older adults, the prevalence of suffering from various degrees of hearing loss is 54 percent greater among those who have a history of heart disease than in the general population. The study also indicated that those individuals who exercise at least once a week saw a 32 percent reduction in the risk of suffering from hearing loss, when compared to sedentary people. (Source: “The Association Between Cardiovascular Disease and Cochlear Function in Older Adults.” Population Health Program Faculty, Wisconsin University, First Annual Population Health Poster Session selected abstracts 2001-2002.)

Another health condition that has been linked to hearing loss is kidney disease.  Older adults with moderate chronic kidney disease (CKD) have a higher incidence of hearing loss than those of the same age without CKD, according to a report published in the American Journal of Kidney Diseases.  An Australian research team assessed over 2,900 individuals aged 50 and older, including 513 with moderate chronic kidney disease of those with CKD, over 54% reported some level of hearing loss compared to only 28% of the rest of the group. Nearly 30% of the CKD participants showed severe hearing loss compared with only 10% of the non-CKD participants. This study suggests a strong tie to CKD in general,” said study author Professor David Harris, Associate Dean of Sydney Medical School-Westmead at the University of Sydney. “The link can be explained by structural and functional similarities between tissues in the inner ear and in the kidney. Additionally, toxins that accumulate in kidney failure can damage nerves, including those in the inner ear. Another reason for this connection is that kidney disease and hearing loss share common risk factors, including diabetes, high blood pressure and advanced age. “These findings could lead to a modification of the usual care of people with CKD,” said Dr. Kerry Willis, Senior Vice President of Scientific Activities at the National Kidney Foundation. “Earlier clinical hearing assessments and fitting of hearing aids in CKD patients can improve quality of life and lead to better management of underlying conditions which could, in turn, potentially preserve hearing function.” Also, some treatments for kidney ailments can affect hearing.

This doesn’t mean that if you have kidney disease you will have a hearing loss, however; experts suggest having your hearing tested if you have been diagnosed with a kidney disorder, and even more so if you are treated with medications that can potentially damage hearing.

People with diabetes may have a higher risk of hearing problems than those without the disease.  Combining the results of 13 past studies, Japanese researchers found that hearing loss is twice as likely among people with diabetes compared to those without. The effects of aging does not seem to explain the results.  The link between diabetes and hearing loss was actually stronger among people who were 60 or younger than among older adults. In the younger group, people with diabetes had a 2.6 times higher likelihood of impaired hearing. “That’s an interesting finding”, said Dr. Joel Zonszein, director of the Clinical Diabetes Center at Montefiore Medical Center in New York City. “It’s consistent with the idea that poor blood sugar control,  which damages blood vessels and nerves throughout the body  and not simply old age might explain why people with diabetes have more hearing problems”, said Zonszein, who was not involved in the study.  Findings from “observational” studies, where researchers compare diabetics with non-diabetics, cannot prove a cause-and-effect relationship. They can only show a correlation between diabetes and hearing problems.  At this time, no one knows whether better control over your blood sugar will reduce the risk of hearing loss.

The findings, published in the Journal of Clinical Endocrinology & Metabolism, are based on studies involving more than 20,000 people from the United States, Asia, Australia and Brazil. All but one study found an association between diabetes and a higher incidence of hearing loss. For example, in one national sample of Americans, nearly half of the adults with diabetes had some degree of hearing loss compared with about 20 percent of the diabetes-free population having some hearing loss.  In all the studies, neither age nor exposure to a noisy workplace explained the connection between diabetes and hearing loss.  There could still be explanations other than diabetes itself, some of the medications many diabetics take, particularly blood-pressure-lowering diuretics, can affect hearing.  These findings suggest it may be a good idea for people with any form of diabetes to have their hearing tested.

PROFESSIONAL BIO
Dr. Noël Crosby, Au.D., owner and audiologist at Advanced Hearing Solutions in Englewood, FL is a licensed professional whose 26 year career has been devoted to helping people of all ages hear and understand more clearly. Dr. Crosby received her BS and MS degrees from FSU and her Doctorate in Audiology from UF.  Her credibility as an authority grew during her tenure as the Director of Audiology at the Silverstein Institute in Sarasota, FL from 1991-1998. Today, in addition to managing a successful audiology practice, Dr. Crosby is involved in creating hearing loss awareness through her jewelry and accessory company AuDBling.com. She has served and is serving on various professional boards and committees and was president of the Florida Academy of Audiology in 2000 and 2010.  She has been married to Michael for 23 years and has one daughter.

Diabetes and Your Eyes Diabetic Retinopathy