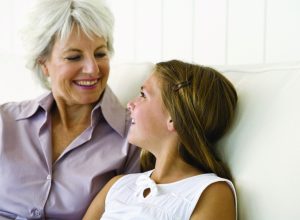 Given the population make-up of the State of Florida, it is natural to assume that state law would provide for grandparent’s right to see or be involved with their grandchildren.  However, grandparent visitation rights are very limited, not only in Florida but throughout the United States.  In most families, grandparents play a vital role in both child rearing and providing a break for exhausted parents.  For these families, the role of the doting grandparent is firmly rooted.

In 2000, an action for grandparent visitation found its way to the United States Supreme Court, in the case of Troxel v. Granville.  In this case, the Troxels, the paternal grandparents, sued under the Washington State law, for visitation rights.  Their son had passed away, and the mother of his children began to cut off the Troxel’s time with their grandchild.  The U.S. Supreme Court recognized a long history of law protecting the “liberty issue” at stake and the “fundamental right of parents to make decisions concerning the care custody, and control of their children.”  The Court held that the court ordered visitation rights to the child’s grandparents infringed on the mother’s fundamental rights.

In 2015, the Florida Legislature passed a new law, attempting to provide some rights to grandparents, but it will only apply in very limited situations so as not to violate the tenets of Troxel.  In situations in which both parents are “deceased, missing, or in a persistent vegetative state,” or one parent is deceased, missing, or in a persistent vegetative state, and the other parent has been convicted of a specific type of felony.  The situations leading to the application of this new statute should be few and far between.  Further, if children are ever taken from the custody of their parents, for any reason, and put under the care of a guardian, the grandparents may have a right to visitation against the guardian, as the guardian does not have the same constitutional rights to parent without interference.

For situations in which grandchildren need the help and care of grandparents or other family members but the Grandparent Visitation Statute does not apply, there are other remedies available under the law titled the “Temporary Custody of Minor Children By Extended Family,” or other potential relief under the guardianship laws.  Similarly, however, these remedies are only intended to apply in limited situations when the children’s basic care is not being met by the parents.  Finally, other states may have more liberal grandparent visitation rights and, if a court order is created in one of those states, it is very likely that a Florida Court will enforce that order.

When directly addressing the rights of parents versus non-parents, the law will always favor the rights of parents, but the law will also protect children and their family ties when necessary.  Like all family court matters, these situations need to be evaluated on a case by case basis.  If you find yourself in this type of situation, please consult an attorney about your family’s needs.

When Your Agent Cares…