Giving “THANKS” for Superior Foot Care from Cortez Foot and Ankle 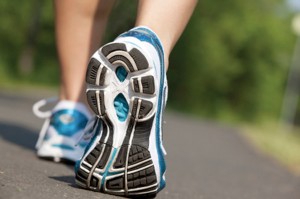 Cortez Foot and Ankle Specialists was established in 1974 by two doctors with one office and has since expanded to three offices with six board certified doctors, two O.R. nurses, and 20 podiatric and x-ray technicians. Patients find it refreshing that even though the offices have experienced great growth, the doctors and staff have never lost sight of their mission to provide exceptional care to patients in our community.

After speaking with several satisfied patients, it truly was no surprise to hear how impressed William (Bill) Preininger was with the extraordinary care that his wife, an Alzheimer’s patient received from the team at Cortez Foot & Ankle Specialists.

Bill’s wife Patricia had injured her foot and was receiving treatment at a local rehabilitation center. Bill noticed that the foot was swollen and that the swelling wasn’t going away. The physician at the rehabilitation center assured them that Patricia had simply sprained her foot and that it would get better over time. “Five weeks went by and Patricia’s foot was not getting any better, in fact it was getting worse. It was very swollen and she was in severe pain.”

Bill called the rehabilitation physician to express concern about the condition of his wife’s foot. The physician agreed to see Patricia again and at that second visit, determined that Patricia did in fact, have a broken foot, and it was not just a sprain. However, the physician would not be able to do anything about it until the following Wednesday, five days later, after the Thanksgiving holidays. According to Bill, “I knew all along that there was something really wrong with Patricia’s foot. But, after the physician confirmed it was broken, hearing that she would have to endure the pain for five more days was not acceptable! I left the office and called Cortez Foot and Ankle Specialists.”

Share
Previous What is Carpal Tunnel Syndrome (CTS)?
Next Where do I go? Emergency Room? Or an Urgent Care Center?