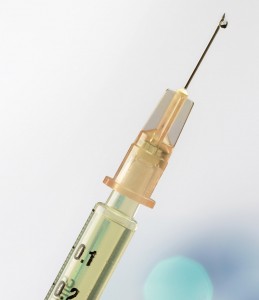 Whether or not to get a flu shot is one of those questions that is debated every year. People will discuss the pros and cons of getting the flu shot on the bus, at the coffee shop, on the street, at work, while having lunch, and anywhere else where two or more people congregate. The debate starts to become part of news stories too. Some people think a flu shot is necessary and will do their best to make sure they receive one. Other people think it is a waste of time and money along with being a poke in the arm that they don’t need.

Whether or not you get a flu shot is a personal decision but it is important to consider all of the facts when making any decision that affects your health.

For millions of people every season, the flu can mean a fever, cough, sore throat, runny or stuffy nose, muscle aches, fatigue, and miserable days spent in bed. However, you may not realize that more than 200,000 people are hospitalized in the United States from flu complications each year. The flu also can be deadly.

This is why CDC recommends an annual flu vaccine for everyone 6 months and older. It’s available in two forms: a shot and a nasal spray. Flu shot options include the regular flu shot, the new intradermal flu shot, and a high-dose flu shot. While the regular flu shot can be given to just about everyone, the intradermal flu shot is approved for use in adults 18 through 64 years of age, and the high-dose flu shot is for people aged 65 years and older. The nasal spray vaccine is approved only for use in healthy people ages 2 to 49 years who aren’t pregnant.

Anyone can get the flu, but some people are at greater risk for serious flu-related complications, like pneumonia, that can lead to hospitalization and even death. For those at greater risk for complications, getting the flu vaccine is especially important. People at greater risk include:
. People who are 65 years old or older and
. Anyone who lives in a nursing home
. People with chronic heart or lung conditions that are 6 months or older
. People with diabetes, chronic kidney disease, a  compromised immune system, or anyone who needs regular medical care that is 6 months or older
. Children from 6 months to 18 years that are on long  term aspirin therapy and all children who are 6  months to 23 months old
. Women who will be pregnant during the flu season
. People with a condition that has the possibility of compromising their respiratory function such as a brain injury, brain disease, spinal cord injury, seizure disorders and other nerve or muscle disorders that make it difficult for a person to breathe or swallow

It is also recommended that people from 50 to 64 years of age receive a flu shot even though this age group isn’t considered high risk.

The flu shot is also recommended for people who routinely come in close contact with people in the high risk group, such as health care professionals.

When is the best time to get the flu vaccine?
If you do get a flu vaccination the best time to receive it is from the latter part of September through the middle of November, although getting a flu shot almost any time during the season will still give a person some protection from the flu or influenza. But the flu shot doesn’t give a person protection or effectiveness against the flu for about two weeks after receiving it. And in order to receive the maximum protection from the flu a person needs to get a flu shot every year.

Flu season runs from about November through April although January to February seems to be the peak time of the flu season. That’s when you’ll start to hear reports on the news about what parts of the United States are reporting large numbers of flu cases.

What is in a flu shot?
It varies each year. In the United States the Public Health Service determines which three strains of the flu are most likely to spread and be a problem during the upcoming flu season. Purified viruses of those three strains are grown in egg cultures that are noninfectious and inactive. Those purified viruses are the flu shot or flu vaccination. The shot stimulates an immune reaction which is said to give a person up to a 70% protection from those strains of the flu.

Why do some health care professionals feel that receiving a flu shot is so important?
One reason is that the flu (influenza) is very contagious. It can also be very deadly. It is the fifth leading cause of death among the elderly killing as many as 70,000 people a year.

Getting the flu vaccine is simple, and most healthcare professionals believe it’s the most important thing you can do to protect yourself and your family from the flu. FREE flu vaccinations are available for Medicare recipients.  Call your Primary Care physician for more information. 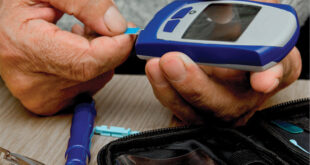