Do You Need Financial Life Planning? 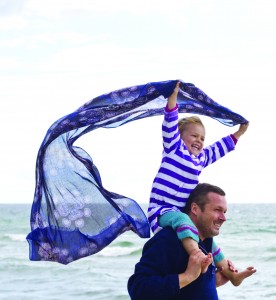 I met a lovely woman at a charity function last week and we started talking about our families, where we came from and how we ended up on Florida’s Suncoast.   She told me that she owns her own company and that she’s very excited about the good year it’s having.  I congratulated her on her success and asked her about some of the challenges she’s facing.  She admitted that she’s having a hard time hiring talented people, not sure how to take her company to the next level and is feeling guilty because she’s not spending as much time with her husband and friends.

Then she turned to me and asked me what I did for a living.  I told her that I’ve spent the last 25 years helping professional women just like her determine what’s important to them and then managing their financial resources to support their vision.  She still wasn’t sure what I actually did, so she asked me to give her an example of how I could help her.

I told her that I’m a financial planner who integrates life planning and financial planning and, if we worked together, I would need to have a good understanding of the dreams, hopes and aspirations she has for her business and her life before we could talk about her investments.    Then I’ll put together a business plan for her company, identify the best way to finance growth, and a plan to ensure the company’s survival if something happens to her.   I’ll determine how much she needs to save for retirement, decide how to invest the money so she and her husband can afford to retire when they’re ready and identify ways she can leave a legacy to her favorite charities.

She decided that she needs to work with me to achieve her goals.  We made plans to sit down over coffee next week to get started.  She admitted that she’s been waking up at night worrying about these things and she’s already feeling relieved to know that she has a partner to work with.   And the better we get to know each other, the more she’ll realize that her happiness and satisfaction in life is my first priority—not her money.

If you’re interested in learning how Sandy can help you plan for the future, call her at 941/201-1231 or email her at sandy@suncoastadvisorygroup.com.

Sandra “Sandy” Keir, CFP®, CRPC, CLTC
Sandy’s “aha” moment came at an early age. She had a wonderful childhood in Duluth, Minnesota. Her father was a good provider. Her mother was a devoted wife and mother. But when it came to the household finances, her father was the decision-maker. Sandy made the connection that the breadwinner was the boss. Money was power. “I decided that I always wanted to be in control of my own destiny,” she says.

A lifelong wealth advisor, Sandy’s passion is to help other women pursue the financial independence she has gained. “As women, many of us are going to be on our own at some time in our lives,” Sandy says, “so we either need to gain an understanding of money and finances or we need to partner up with a financial advisor who can guide us. Many of the decisions we make, such as when to start taking Social Security, are irrevocable. However, only about 30 percent of women currently seek advice before making those decisions.”

During her 25 years in the wealth management industry, Sandy has worked for such companies as Merrill Lynch, Lincoln Financial Group and Transamerica Capital. She lived in Sarasota for 15 years before moving to Pennsylvania in 2009, to become the Regional Sales Manager of Western Pennsylvania for Kades-Margolis Corp. She returned to Sarasota in 2014 to join Suncoast Advisory Group.

In addition to being a Certified Financial Planner, of which only 23 percent are women, she holds the Chartered Retirement Planning Counselor (CRPC) and Certified in Long-Term Care (CLTC) designations. She earned her bachelor’s degree in Political Science from the University of Minnesota in Minneapolis.