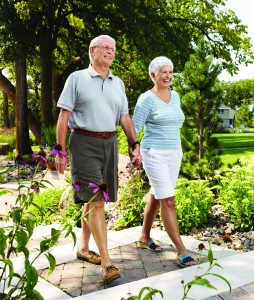 I would imagine that almost every person who sees a “pink ribbon” associates that ribbon with breast cancer and the fight against breast cancer. What about the “blue ribbon?” The blue ribbon represents prostate cancer and the fight against prostate cancer. Many people may not be aware, but September has been declared Prostate Cancer Awareness Month. Also, there is limited awareness that in the United States, cancer of the prostate is a common malignant cancer in men, second only to lung cancer. According to cancer.org, in 2011, approximately 240,890 men will be diagnosed with prostate cancer and 33,720 will die of prostate cancer. These numbers indicate that we must begin to find and treat this disease with the same dedication with which we diagnose and treat breast cancer.

Symptoms of Prostate Cancer
The symptoms of prostate cancer are often hidden and may not manifest in the early stages. The usual symptoms are difficulty in starting or stopping urination, increased frequency of urination, diminished urination stream and pain at ejaculation. The most common ways of diagnosing prostate cancer are through a prostate specific antigen (PSA) blood test and through a digital rectal exam. Fortunately, there has been some advancement in the ability to use Magnetic Resonance Imaging (MRI) to identify prostate cancer. MRI, such as the 3 Tesla Siemens’ Verio found at Advanced Imaging, enables prostate cancer to be diagnosed at a much earlier stage, often before the cancer can be detected using the digital exam.

Non-Invasive Prostate MRI Can Detect Cancer Early
The prostate MRI is commonly used after a positive PSA test and after a biopsy has confirmed that the patient has prostate cancer. More frequently, prostate MRI is being used to determine if prostate cancer is present, where the cancer is (this alleviates having to biopsy several areas of the prostate) and whether or not the cancer has spread beyond the walls of the prostate gland. The good news is that the 3T Verio is able to complete the prostate exam in a non-invasive manner. The prostate MRI can detect cancer in the early stages and often in areas where a biopsy is difficult to reach. Perhaps men should begin getting screening prostate MRI’s and repeat every year. After all, early detection and early treatment can lead to less invasive treatment and a longer more productive life.

Call 941-235-4646 today for further information or visit us online at www.advimaging.com.

Share
Previous Man Up: Know Your Risk and Prevent Heart Disease
Next DAILY CLEANING AND STORAGE