I Failed the Pride Test 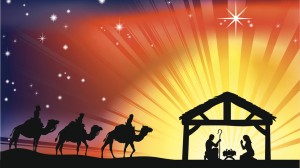 Recently I was in Scottsdale, Arizona for a class and while there I decided to stay over a few days for a short personal retreat; time spent resting, reading and praying.

The classes were long, 12-hour days, and by the last day I was exhausted to say the least. So after a day of sleeping in, I got down to business with God. My prayer time allowed me to focus solely on God and His life-giving bigness that seems to make all other things in my life make sense. Well, most of them anyway.

So I sat there listening to a few worship songs, and as strange as this may sound, it seemed as though God was in the room with me. Not frightening or spooky, but a very real, peaceful and soothing presence none-the-less. As I continued to listen and even sing along to the music, a thought came.

“You have been prideful.”

I don’t mean like the pride you have when your team wins or your son or daughter gets an award. I mean an ugly pride. The nasty kind of pride that separates one friend from another and can make you feel belittled and small. It was that kind of evil pride and I was shocked, but I immediately knew what God was talking about.

Before the trip, I had been in a series of planning meetings for the next year and as should happen we were challenging each other in a healthy way about what each was proposing. During the course of the meetings, I became angry and was very unkind to my friends and work companions. I believed that what I was proposing was, in principle, good for the organization, but somewhere during the course of the conversation it became more about me instead of us.

So during my worship time that day in Scottsdale, in a loving and kind way, God showed me that I had failed the pride test. I began to realize some of the dirty and sneaky little secrets about this evil kind of pride.

The first secret is that I didn’t see it coming. I was being very conceited and did not know it. The best way I can express it is as a huge glaring blind spot. I was appalled that I could not see what I was doing to my friends.

The second secret is that I had judged others for the same pride. Thoughts like, “The only reason they don’t like what I’m saying is because they think their proposal is better.”  The very ugly lens of conceit that I was seeing them through was my own unhealthy pride, and apparently I was feeling about them the way I was really feeling about myself.

The last secret that came to me was a little idea about how to deal with my insidious pride. I don’t really know if this will help you should you find yourself face to face with this condition, but here is what I did.

In a meeting after my trip, I had the opportunity to apologize to my friends for treating them the way I did. I was very explicit about what I had done and asked for their forgiveness. I also told them about my encounter with God in Scottsdale. They were gracious and forgave me. I love those guys.

The last thing I want to mention is that since my time in Scottsdale, I have depended more on God’s spirit to help me to look for opportunities to not be “that guy” again. I determined to be more soft-spoken and respectful of other’s thoughts and ideas. I got this idea from the following Bible verse; 2 Corinthians 1:12 (NIV Emphasis added)

“…Our conscience testifies that we have conducted ourselves…in our relations with you, with integrity and godly sincerity. We have done so, relying not on worldly wisdom but on God’s grace.”

I hope that I do not fail my next pride test, however there is a good chance I will, but at least now I know what to do after I fail. By the way, God never once condemned me for this. It was as though He was sad for those I had hurt and He allowed me to feel His sadness for them. That was what changed my heart.

Don’t be prideful, be Life-Giving!

P.S. I just finished my book, Dangerous Prayers. Please enjoy reading a few pages of it. Go to www.dangerous-prayers.com.

Share
Previous Are You at Risk for Diabetes?
Next Diabetes… What’s Your Number?