Are Diet Sodas as Harmless as They Appear? 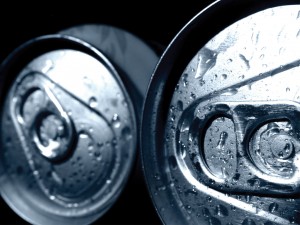 Most of us, even the fitness freaks, feel good about consuming diet soda…that harmless, calorie-free, sugar-free indulgence. What could ever be wrong about a can of zero calorie, carbonated, flavored water?!

Possibly a lot, it seems. The potential for harm stems from the various ingredients that go in to conjuring your favorite diet soft drink. Lets break down a typical artificially sweetened beverage (diet soda) in to its bare ingredients that are pertinent for this discussion: artificial sweeteners, caffeine, caramel color, and phosphoric acid.

ARTIFICIAL SWEETENERS
Artificial sweeteners that are used to sweeten diet sodas are considered food additives, and hence are regulated by the US FDA. These sweeteners include aspartame (trade names: NutraSweet, Equal), sucralose (Splenda), stevia, saccharin, etc. Over the last few decades, there have been episodic reports of possible deleterious effects of these sweeteners. Saccharin was thought to be associated with bladder cancer in rats, but this association was never proven in humans. There are concerns about aspartame’s link with leukemia, lymphoma, and brain cancer. Again, as of this time, the official FDA and National Cancer Institute position is that the data is insufficient to make this conclusion in humans.  Conspiracy theorists still however continue to swear that the regulatory process itself is flawed and perhaps riddled with corruption!

One of the most hotly debated studies about the possible effect of artificially sweetened beverages was published in the Clinical Journal of the American Society of Nephrology in September, 2010

The investigators looked retrospectively at data on 3318 women, obtained from the Nurses’ Health Study. The analysis showed that consumption of more than 2 servings of artificially sweetened or diet soda was associated with a GFR decline of  > 30% over the eleven years of the study period. As we have discussed earlier, retrospective data analyses studies certainly do not prove causality; so it is not possible to say that diet soda lead to a greater GFR decline. However, the results are hypothesis generating; a hypothesis that could conceivably be proven based on a prospective randomized trial. Did the study blame artificial sweeteners like aspartame for the reduced kidney function? Absolutely not; however, one interesting thing about the study results was that regular, sugar-sweetened soda was not associated with  excess GFR decline! This has prompted concerns that there might be something specific in diet sodas that might be more toxic to the kidneys.

The use of artificial sweeteners in general continues to grow beyond diet sodas (think puddings, low fat ice creams, low calorie chocolate, etc). The American Heart Association and the American Diabetes Association actually came up with a scientific statement in July 2012, giving a guarded nod to their use. The bottom line of the statement was that “appropriate use” of these sweeteners could be a part of a multi-pronged dietary strategy. The statement warns against “calorie compensation” later by people who consume these sweeteners, and emphasizes that these are not “magic bullets” in the fight against obesity and diabetes.

CAFFEINE
There is evidence to support that caffeine, when taken in excess, can be associated with tremors, hypertension, anxiety, hallucinations, cardiac arrhythmias, coronary events, seizures, risk taking behavior, etc. Excess caffeine intake implies consumption over 200-300 mg of caffeine per day for adults. Just to give you an idea, a 16 oz bottle of Diet Coke has about 61 mg of caffeine.

Artificially sweetened beverages have been linked to an increased risk of developing high blood pressure (hypertension). Investigators at University of Maryland analyzed data from three large studies, and came to the conclusion that both, sugar-sweetened and artificially-sweetened beverages were associated with an increased risk of developing incident hypertension. They speculated that this effect might be due to the presence of other common ingredients in these two kind of beverages (eg. caffeine in the colas, carbonation, etc).

PHOSPHORIC ACID
Phosphoric acid (an additive used to increase the tartness of beverages) makes many soft drinks a significant source of phosphorus; an element whose intake needs to be limited in advanced kidney disease. Diseased kidneys are not able to excrete phosphorus as well as normal kidneys, a situation referred to as “positive phosphorus balance”. This excess phosphorus in the blood then acts as one of multiple stimuli to increase the production of parathyroid hormone by the parathyroid gland. Parathyroid hormone tries to increase the excretion of this excess phosphorus; however, its other actions lead to calcium leaching from the bones, causing bone pain and increasing the risk of fractures. This disease entity is now referred to as Chronic Kidney Disease related Mineral and Bone Disorder (CKD-MBD).

There also has been some conflicting evidence that phosphoric acid, by making the urine acidic, reducing urine magnesium excretion and increasing urine oxalate excretion, may increase the risk of forming kidney stones.  and might be associated with low bone density. Other studies have not shown this association. Hopefully future research will help us come to a firmer conclusion. In the meantime, it might be safe to assume that for some people, especially ones with kidney disease, the intake of drinks with phosphoric acid could have the potential to cause harm. I love the way Coca Cola explains phosphoric acid on its official website, “phosphoric acid contains phosphorus, one of the basic elements of nature and an essential nutrient. Phosphorus is a major component of bones”. Oh, the smooth language that Big Cola’s marketers come up with, one would almost think that sodas need to be ingested just to make sure that you don’t fall behind on your essential nutrient intake! I could think of a similar punchline for something like industrial grade sulfuric acid (sulfuric acid contains sulfur, a major component of proteins…), but that wouldn’t make it any more wholesome.

CARAMEL COLOR
This sounds innocuous enough, even enticing sometimes. Its formed by heating sugar or other carbohydrates to achieve a brown color. However, as a part of this heating process, a byproduct compound can form in caramel color called, 4-Methyimidazole (4-MEI). 4-MEI has been shown to be carcinogenic (cancer causing) in mice, and as per February 2011, the International Agency for Research on Cancer (IARC) classified it as “possibly carcinogenic to humans”.   A month later, the European Food Safety Authority concluded that the coloring is not of concern, while at the same time recommending that “consumer exposure be kept as low as possible”. That seems like a disconnect to me, and in my personal opinion, I would be vary of consuming something that is known to cause cancers in mice and is classified as “possibly carcinogenic” by IARC, a body of the WHO. I do not want to come across as a scaremonger, but till more solid evidence emerges, I refuse to be enticed by caramel color! Alas, that can of diet soda suddenly looks so much more dispensable now!

Share
Previous HORMONE REPLACEMENT THERAPY FOR WOMEN: IS IT RIGHT FOR YOU!
Next Arthritis of the Foot and Ankle