Death of Robin Williams gets Nation Talking about Suicide, Depression, and Alcoholism 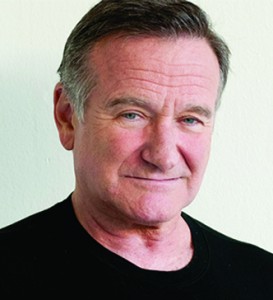 The shocking death of comedian/actor Robin Williams has focused the nation’s attention on the topic of mental health and substance abuse creating the opportunity for a teachable moment here in Southwest Florida for individuals dealing with these issues on a personal level.

“Far too often the ones we love most do not seek help for depression or thoughts of suicide,” said Dr. Ivan Mazzorana, chief medical officer at Park Royal Hospital in Fort Myers. Family and friends should be aware of the subtle signs to look for and call to seek help for a friend or loved one before it is too late.”

As we remember the many amazing ways in which Williams enriched media and culture through his comedy and acting, we should also take a serious look at what drove his actions to his untimely death.

Williams identified as an alcoholic early in life, all the way back to his days in his hometown. As he gained celebrity status, he also came to battle with cocaine addiction. His drug and alcohol abuse ran rampant until the death of John Belushi – also from drug addiction – in 1982, after which Robin said he remained sober for 20 years. In 2006, Robin entered rehab for drinking, and sought treatment again as recently as June of this year.

Many questions come to mind:
Why did this happen, especially to someone who seemed to have everything? Alcoholism and drug addiction, as well as mood issues such as depression have genetic, physical, and environmental triggers. There is no one single cause. A core precept of alcohol recovery is that alcoholism is a disease; the individual is always in recovery, never cured.

How Prevalent Is Suicide? Suicide is a potentially preventable public health problem. In 2009, the last year for which statistics are available, suicide was the 10th leading cause of death in the U.S. That year, there were nearly 37,000 suicides, and 1 million people attempted suicide, according to the Centers for Disease Control. Men take their lives nearly four times the rate of women, accounting for 79% of suicides in the U.S.

Did no one see the warning signs? Williams sought treatment multiple times. This highlights the importance not only of communicating regularly and deeply with our loved ones, but being able to identify signs and symptoms that indicate the need for care. Warning signs that someone may be thinking about or planning to commit suicide may include:
• Always talking or thinking about death
• Clinical depression — deep sadness, loss of interest, trouble sleeping and eating — that gets worse
• Having a “death wish,” tempting fate by taking risks that could lead to death, such as driving fast or running red lights
• Losing interest in things one used to care about
• Making comments about being hopeless, helpless, or worthless
• Putting affairs in order, tying up loose ends, changing a will
• Saying things like “it would be better if I wasn’t here” or “I want out”
• Sudden, unexpected switch from being very sad to being very calm or appearing to be happy
• Talking about suicide or killing one’s self
• Visiting or calling people to say goodbye

There is a concept in mental health treatment of “co-occurring disorders.” A person can have depression or anxiety issues from a young age, or develop them later in life as a result of a traumatic event. Some men and women then turn to drug or alcohol abuse as a coping mechanism. That is why modern treatment focuses on addressing all elements of a person’s mental health, to get at the root of the original issues. Treating only the addiction without the mental health component leads to higher rates of relapse. Williams himself, in a 2009 interview, said he had previously failed to confront the core issues at the root of his addictions, contributing to his own return to rehab.

Most mental health and addiction treatment programs, including Park Royal Hospital, offer free, confidential screenings to help individuals find the most appropriate care for themselves or a loved one. Inpatient programs also offer immediate services for those battling with suicidal ideations. Related to this, it is critical to have a full continuum of care which may include 24/7 inpatient or residential treatment environments for crises and acute situations to aftercare programs that offer ongoing support for sustainable recovery.

“Robin Williams death is a tragic loss that possibly could have been prevented,” said Dr. Mazzorana. “This is a reminder to all of us to remember to communicate with our loved ones regularly, and seek professional care and support when it may be needed.”

Park Royal Behavioral Health Services is a leader in mental health and addiction treatment located in Fort Myers, Florida. The inpatient and outpatient programs for adults and seniors offers individualized treatment plans, group therapy, and many other specialty services. Park Royal’s mission is to provide life-changing treatment for all patients in need, while setting the standard for excellent service in the Southwest, Florida region. To learn more about Park Royal Behavioral Health Services call 239-985-2760 or visit www.parkroyalhospital.com.

Share
Previous Health 101: Where Do I Begin?
Next “HEALTHY AGING”