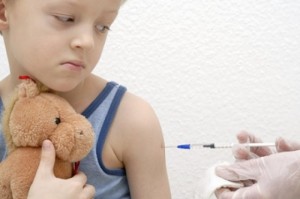 Misconceptions about vaccines have persisted for decades. There can be many reasons for fear of or opposition to vaccination. Some people have religious or philosophic objections. Some are concerned about the safety of vaccines, or may believe that vaccine-preventable diseases do not pose a serious health risk. Before reviewing some of the common misconceptions, let’s first explore the history of vaccines.

History of Vaccines
The first vaccines were smallpox, diphtheria, tetanus, and pertussis. Edward Jenner invented a method to protect against smallpox in 1796. The method involved taking material from the lesion of someone infected with cowpox and inoculating it into another person’s skin; this was called arm-to-arm inoculation. However by the late 1940s, scientific knowledge had developed enough so that large-scale vaccine production was possible and disease control efforts could begin in earnest.

The vaccine everyone was waiting for was the polio vaccine. Parents were scared of the polio epidemics that occurred each summer; they kept their children away from swimming pools, sent them to stay with relatives in the country, and clamored for an understanding of the spread of polio. They waited for a vaccine, closely following vaccine trials and sending dimes to the White House to help the cause. When the polio vaccine was licensed in 1955, the country celebrated and Jonas Salk, its inventor, was an overnight hero.

During the 1970s, one less vaccine was used than during the previous decade. Because of successful eradication efforts, the smallpox vaccine was no longer recommended for use after 1971.

Common Vaccine Misconceptions The “Overloaded Immune System” Misconception
One of the most common misconceptions is that a child’s immune system can be “overloaded” if the child receives multiple vaccines at once. Studies have repeatedly demonstrated that the recommended vaccines are no more likely to cause adverse effects when given in combination than when they are administered separately. Some parents decide to spread out the time period during which their children receive vaccinations “just in case” this misconception is accurate. However, there is no scientific evidence to support this approach, and delaying vaccinations puts children at risk of contracting preventable diseases.

The “Disappeared Diseases” Misconception
Some assume that because diseases like polio have disappeared from the United States, it’s no longer necessary to vaccinate children against them. However, polio is still widespread in other parts of the world, and could easily begin re-infecting unprotected individuals if it were re-introduced to the country. Outbreaks of disease have occurred when Americans traveling to countries where diseases like measles, for example, remain widespread and they brought the disease back with them. With adequate vaccination rates, most of these types of outbreaks can be prevented. But if vaccination rates drop, “imported” cases of preventable diseases can begin to spread again. In the early 2000s, for example, low vaccination rates in England allowed measles to become endemic once again after earlier vaccination rates had halted its continuous transmission in the country.

The “Natural Immunity Is Better Than Vaccine-Acquired Immunity” Misconception
Some people argue that the immunity gained from surviving a natural infection provides better protection than that provided by vaccines. While it’s true that natural immunity lasts longer in some cases than vaccine-induced immunity can, the risks of natural infection outweigh the risks of immunization for every recommended vaccine.

The benefits of vaccine-acquired immunity extraordinarily outweigh the serious risks of natural infection, even in cases where boosters are required to maintain immunity. Additionally, the Hib (Haemophilus Influenzae Type b) and tetanus vaccines actually provide more effective immunity than natural infection.

The “Vaccines Cause Autism” Misconception
Scientists have studied this for years, in large groups of children, and have found no evidence that there is any link between vaccines and autism. There is also no link between thimerosal (a preservative found in the influenza vaccine but not in any other children’s vaccines) and autism. The original study that suggested a link between vaccines (in particular, the measles, mumps, and rubella vaccine) and autism was found to be flawed and incorrect. There were so many problems with this study that the journal that originally published it has retracted it.

Vaccines also do not cause SIDS (sudden infant death syndrome). This myth started when people noticed that some infants who died of SIDS had recently been immunized with the diphtheria, tetanus, pertussis vaccine. But it turns out that this was nothing more than a coincidence: SIDS happens in the same age group when the vaccine is usually given, so it would be normal to see some SIDS deaths occur after the vaccine purely due to chance. But the two are completely unrelated: the vaccine did not cause the SIDS deaths – these would have happened regardless of whether the vaccine was given. A number of good-quality studies have confirmed that vaccines do not cause SIDS.

Immunizations Save Lives
Immunization is one of the greatest medical success stories in human history. Worldwide, childhood immunization saves about three million lives each year. However, nearly three million additional lives could be saved if all children received all the vaccines they need. Many serious childhood diseases are preventable by using vaccines routinely recommended for children.

In countries where most children are vaccinated, rates of diseases such as polio, measles, mumps, rubella, diphtheria, pertussis (whooping cough), and meningitis caused by haemophilus influenzae type B have declined by 95 to 100%.

Without immunization, there is nothing to stop these diseases from sickening and even killing many infants and children. And many of the children who survive could suffer from chronic health problems for the rest of their lives.

While breastfeeding can help to prevent some diseases among babies, it is not effective in protecting against many serious, vaccine-preventable diseases. Infants are often more vulnerable to disease because their immune systems cannot easily fight off disease bacteria or virus.

Waiting to immunize until the child begins school, or even until after his or her first birthday, can put the child at unnecessary risk of getting serious diseases. Maternal antibodies fade during the first year, when the child is also more frequently exposed to other children and adults who may be infected with these diseases. Many vaccine-preventable diseases are more severe and pose the greatest risk for complications in infants and very young children.

Sometimes there are medical reasons for not giving a vaccine or for delaying it. These are referred to as “contraindications” and “precautions.” Check with your health care provider if you have specific questions regarding these or other circumstances.

Giving Your Child A Healthy Start in Life
A child’s best chance at health often comes from vaccines that protect against life-threatening and ravaging diseases. The prevention offered by vaccines is lifesaving. Because of vaccines, small pox is now eradicated globally, polio is nearly so, and, in countries where kids regularly get their shots, we don’t worry too much about diphtheria, measles, pertussis, and rubella.

Vaccination may be the most effective public health intervention of all time, helping prevent disease from infecting people in the first place.