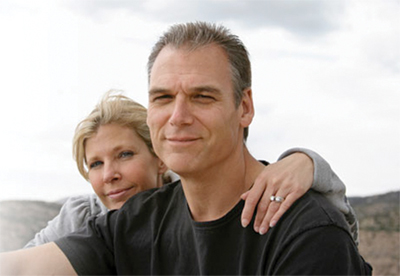 Approximately 96% of colorectal cancers are adenocarcinomas, most of which arise from adenomatous polyps (tissue growths along the lining of the colon/rectum). Adenomatous polyps account for more than half of colorectal polyps, which may potentially be removed (or perhaps biopsied) during a colonoscopy and then submitted to a laboratory for pathologic analysis. Characteristics of more advanced-stage polyps include larger size (10mm or more) and certain histologic features (villous and high-grade dysplasia, for example).

While different screening options are considered acceptable and each option has certain advantages and disadvantages, many healthcare providers regard the colonoscopy as the preferred method of colorectal cancer screening. During a colonoscopy, a colonoscope is inserted into the rectum, passed through the entire colon, and then removed. A colonoscope is a slender, flexible tube with an eyepiece and controlling switches on one end and a light and camera on the opposite end. For patients who have no contraindications and are expected to tolerate the procedure well, a colonoscopy is often recommended as the primary screening modality for the following reasons: [1] the entire colon may be examined (when bowel preparation is appropriate/com-plete); [2] polyps/concerning lesions may be removed or biopsied at the time of the procedure; [3] other intestinal conditions (such as diverticulosis) may be diagnosed; and [4] this test is indicated if any of the other screening tests yields a positive finding.

As with any medical procedure, a colonoscopy does carry with it some risks (such as bleeding, infection, and bowel perforation), but these risks may be minimized when the procedure is performed by highly proficient gastroenterologists and surgeons. Thorough bowel cleansing is critical for optimal visualization and effectiveness, not only for the colonoscopy, but also for the other structural exams as well.

Several factors that increase one’s risk for developing colorectal cancer include the following: [1] personal history of polyps as well as prior colorectal cancer; [2] family history of colorectal cancer and/or advanced-stage polyps (primarily among first-degree relatives); [3] inflammatory bowel disease; [4] certain inherited genetic conditions (familial adenomatous polyposis and Lynch syndrome, for example); [5] smoking; [6] excessive alcohol use; [7] obesity; [8] physical inactivity; and [9] consumption of excessive red and/or processed meat. Some of these risk factors warrant an initial colonoscopy earlier than age 50 and impact the timing and frequency of subsequent screening tests as well. For example, patients with a positive first-degree family history of colorectal cancer should have a colonoscopy no less often than every five years.

Possible Symptoms Implementing an appropriate screening strategy is important, not only secondary to the in-creasing prevalence of colorectal cancer in aging patients, but also because symptoms are often not present until more advanced stages of the disease. Some symptoms that may suggest the possibility of colorectal cancer include hematochezia (rectal bleeding), melena (black/tarry stools), bowel habit changes, lower abdominal cramping, fatigue (secondary to blood loss), and unintentional weight loss. If a patient develops one or more of these symptoms, he/she should seek immediate medical attention.