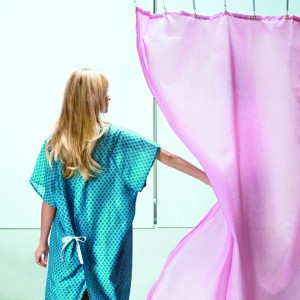 Medical science has made some rapid advances in recent years and none more so than the ability to be able to prevent and treat cervical cancers in adult women.

Prevention and Early Detection Thanks to widespread screening, the incidence of cervical cancer has decreased significantly. Pre-cancer lesions can be detected and removed before they become malignant.

Most cervical cancer is caused by a virus called the human papillomavirus, or HPV, which is spread through sexual contact. Abnormal cervical cells rarely cause symptoms, but detection of the earliest changes leading to cancer development is possible through the use of Pap tests.

Those who are vaccinated against HPV prior to becoming sexually active can significantly lower their risk of cervical cancer. HPV is a group of more than 100 related viruses. HPV is passed from one person to another during skin-to-skin contact. HPV can be spread during sex, making abstinence your best form of prevention.

Screening and Detection The American College of Obstetrics and Gynecologists (ACOG) recommends that women ages 21 to 30 be screened every two years using the standard Pap test or liquid-based cytology. Women age 30 or older who have had three consecutive negative test results may be screened once every three years.

Women with certain risk factors may need more frequent screening. Talk with your doctor to see when you should begin cervical cancer screening and how often you should be screened.

Modifying risk factors that are within your control and vaccinating against high-risk HPV are the best ways to avoid getting cervical cancer. Pursuing and sticking to a recommended cervical cancer screening program including the use of PAP and HPV tests are important ways to detect the disease early and ultimately, to make oncologists less busy…and that’s a good thing!

Those at Risk:
Infection with HPV may cause cells in the cervix to grow out of control and become cancerous. However, it is important to note that not every HPV infection is destined to become cervical cancer. Many HPV infections resolve without treatment. Smoking increases the risk of cervical cancer as well as advancing age since cervical cancer grows very slowly over time. Poverty is a risk factor for cervical cancer. Many women with low incomes do not have readily available access to adequate healthcare services, including Pap tests. This means they might not get screened or treated for pre-cancerous cervical diseases.  . If a mother or sister has cervical cancer, a woman’s chances of developing the disease increases by two to three times.