BUCKLE UP TO BRING THE DEATH LEVEL DOWN

By Carl Reynolds Attorney at Law – 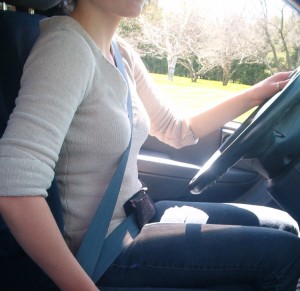 There is an Oliver Herford quote made famous by a Billy Joel song: “Only the Good Die Young.”  If the saying is true, it may be because the good aren’t wearing their seatbelts. According to the Centers for Disease Control (CDC), fatal injuries from car accidents are the number one cause of death in the U.S. for people under the age of 35. For those over the age of 35, it remains in the top five causes of death. If you find yourself involved in an automobile accident; which, statistics show that most all of us will at some point in our driving careers, your chances of suffering a fatal injury are five times greater if you fail to wear your seatbelt. Beyond saving your life, seatbelts also reduce the severity of injuries sustained in automobile accidents. The National Highway Safety Transportation Administration (NHSTA) estimates injury severity is reduced by 50% when wearing a seatbelt and other studies show that medical costs for injuries can be two to seven times greater if a seatbelt is not worn. Seatbelts are even more essential for the very young. Tests show that a child under the age of four that is ejected from a car at only thirty miles per hour is the equivalent force as if the child were dropped from a three-story building. So, wear your seatbelts.

Here, in Florida, not only is it the law; but, it is the smart thing to do. And, buckle your children. They are our future. Together, we can keep the good from dying much, much too young.

Here are some other tips for safe driving:

Share
Previous Have Fun with Fruits & Vegetables!
Next No Standing Only Dancing