Bring Your Kids to the Museum: Improving Critical Thinking Through Art 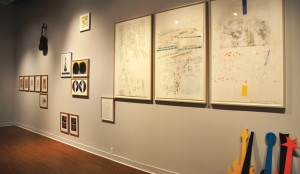 In Education Next, the Educational Researcher journal and in a recent New York Times article titled “Art Makes You Smart,” researchers have rather definitively proven and published evidence that “Museum visits really do improve critical thinking.”  According to their recent findings, students who visited museums early-on developed a taste for art and cultural institutions (and were more likely to revisit), displayed greater historical empathy, higher levels of social tolerance and, yes, they also demonstrated improvement in critical thinking skills.

Over the last couple of years, much has been written about the new Crystal Bridges Museum of American Art, a rather extraordinary two-year “young” institution with more than 50,000 square feet of gallery space, an $800 million endowment from Walmart heiress Alice Walton, and a location in a town not previously considered a significant cultural destination – Bentonville, Arkansas.  In a time when public funding for the arts has continued to decline and museums have increasingly suffered financial re-straints, this is an institution with a wealth of resources in a community with little previous experience.  In such short order, this museum has grown a rapidly expanding audience with significant programming and original works of art.

As an independent curator primarily organizing Contemporary Art exhibitions for the last couple of decades, and now as Director of Exhibitions & Collections at Edison State College, I have had a profound interest not only in the way that art is presented in museums and galleries, but also in what and how it communicates to visitors.

It is the role of the museum curator to both select the work (art or artifacts) on view and to provide a point of entry for interpreting them.  We publish catalogue essays, draft press releases, provide exhibition tours for interested parties and do docent trainings so our volunteers can talk insightfully about the art and exhibitions in our absence.

In larger museums like Crystal Bridges, the curatorial departments work closely with local education departments to develop supplementary programming, exhibition-related didactics and to create printed matter to inform and engage the public.  We strive to serve the underserved and those who have had limited access and/or little or no experience in visiting museums. Ultimately, we want to entice participation broadly from visitors of all ages. We go to great effort to encourage schools to bring students and emphasize educational out-reach. Arts educators and cultural advocates have long believed that such exposure has an incalculably positive impact.  And, while little causal evidence had previously been cited, a group of social scientists from Rice University and the University of Arkansas have been using the rather unique context of Bentonville to do significant research into the real – now measurable – effect museum field trips have on developing minds.

Within the first year following its opening in November 2011, the Crystal Bridges Museum reportedly received applications from 525 school groups requesting tours for more than 38,000 students – far more than could be accommodated. A generous private grant was established to offer student groups and schools the opportunity to visit the museum at no cost, but the great demand necessitated that a lottery be created to be equitable in allowing access.

We have such a wealth of art institutions in Southwest Florida. Many, like our Bob Rauschenberg Gallery on the Lee County campus of Edison State College, are free-to-the-public year-round. We invite you to bring your kids or to encourage their teachers to bring their classes.  As art just may provide an answer for turning around failing schools, increasing test scores and instilling a greater sense of social responsibility within both ourselves and our children.

On Friday, January 24th, the Bob Rauschenberg Gallery
at Edison State College will re-open its doors with YOKO ONO IMAGINE PEACE, an interactive installation and participatory exhibition that is bound to inspire.  For more details, visit our website at www.RauschenbergGallery.com.