Can You Avoid a Guardianship? 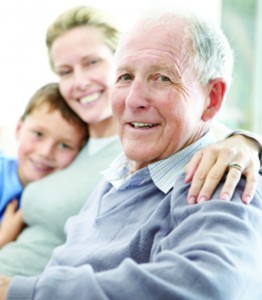 Some people believe that a guardianship proceeding may be inevitable if they age and become incapacitated before dying. That is not the case however. As long as a person has a power of attorney document that covers all the financial aspects of their life and also their healthcare decisions, the general rule is that that person does not need a guardianship proceeding commenced if they become incompetent. A durable power of attorney survives a person’s incompetency.

As we all know, there are always exceptions to the rule. There are some instances where a person has a power of attorney, and a guardianship proceeding is still needed. For some of these instances, you can avoid them with careful planning. Other situations may not always be able to be prevented because they cannot be anticipated, such as your appointed agent acting improperly and not acting in your best interests. If the agent you select needs to be removed and you are already incapacitated, you will need to have a guardian appointed and your agent can be subject to both civil and criminal penalties.

One notable and widely reported example of the problems that can arise when an agent acts improperly involved philanthropist Brooke Astor, who appointed her son as her agent only to have him steal her expensive artwork and use her money to pay his own expenses. In that unusually extreme situation, not only was a guardian eventually appointed, but her son was charged and convicted in criminal court in New York on multiple counts. A recent reported case in Florida involved a grandmother suing her two granddaughters for exploitation as well as breach of fiduciary duty under a power of attorney in which she appointed them as her agents. There are things you can do to try to prevent problems down the road, as set forth below.

1. Choosing a Trusted Agent
The single most important thing you can do is to thoughtfully choose your agent who will act for you. This single step is perhaps the most crucial to avoid both a guardianship and mismanagement of your assets when you are incapacitated. It is also important to have a trustworthy person because that person will immediately have the ability to take over your financial accounts, even if you are not incapacitated yet. Some people consider telling the agent that they are named, but not providing the actual power of attorney document to them, and telling them the attorney who has it in the event it is needed due to incapacity.

2. Other Safeguards in the Power of Attorney Document
Some people may want to name two co-agents as a safeguard, however this can create logistical problems if two agents have to act together. It also may not be advisable to name two agents who may not be able to work together because that also could create the need for a guardianship. Everyone should be clear on whether gifting is permitted under the power of attorney, and the limits of such gifting. You can also require that your agent provide regular accounting statements to an attorney or other third party as an additional check and balance on your agent. While this is not commonly done, it is an option that can be written into any power of attorney document. Unlike a guardianship proceeding where a court reviews annual accounting statements, with a power of attorney document there is no supervision of your agent other than what you expressly require.

3. Other Options
There are also other estate planning options that should be considered in conjunction with a power of attorney document. While this article is focused on powers of attorney, such documents are often something that are part of other estate planning documents. A trust could be a good option for some people. The trustee can initially be you, and can later be another third party.

Bottom Line
You can avoid guardianship in most cases. Potential problems with documents such as a power of attorney document are largely preventable with proper planning. If you have specific concerns about your family dynamic or the agent you are seeking to appoint, it is always important to be open and honest with your attorney. There may be options you are unaware of that your attorney can bring to your attention and that are beyond the scope of this article. However, if you fail to execute a power of attorney document, that is the one way to ensure that your family or a third party will need to commence a guardianship proceeding in the event you become incapacitated and cannot handle your own medical and financial affairs. It is more cost effective and less stressful for everyone involved to avoid a guardianship proceeding when possible.

Rebecca M. Vaccariello is a litigation attorney at Salvatori, Wood, Buckel, Carmichael & Lottes.  Rebecca focuses her practice on civil litigation matters, including trust and estate litigation and guardianships.  She is involved in the Florida Bar Real Property, Probate and Trust Law (RPPTL) Section and a member of the Guardianship, Advance Directives and Power of Attorney Committee, as well as the Probate and Trust Litigation Committee.

Share
Previous New to the area or just moving from one county to another? How does this affect your current insurance?
Next Treating Erectile Dysfunction with Acupuncture and Chinese Herbs