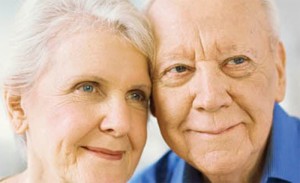 Although current medications cannot cure Alzheimer’s or stop it from progressing, they may help lessen symptoms, such as memory loss and confusion, for a limited time.

As Alzheimer’s progresses, brain cells die and connections among cells are lost, causing cognitive symptoms to worsen. While current medications cannot stop the damage Alzheimer’s causes to brain cells, they may help lessen or stabilize symptoms for a limited time by affecting certain chemicals involved in carrying messages among the brain’s nerve cells. Doctors sometimes prescribe both types of medications together. Some doctors also prescribe high doses of vitamin E for cognitive changes of Alzheimer’s disease.

Medications for early to moderate stages
All of the prescription medications currently approved to treat Alzheimer’s symptoms in early to moderate stages are from a class of drugs called cholinesterase inhibitors. Cholinesterase inhibitors are prescribed to treat symptoms related to memory, thinking, language, judgment and other thought processes. These drugs may help delay or prevent symptoms from becoming worse for a limited time and may help control some behavioral symptoms. The medications include: Razadyne® (galantamine), Exelon® (rivastigmine), and Aricept® (donepezil). Another drug, Cognex® (tacrine), was the first approved cholinesterase inhibitor but is rarely prescribed today due to safety concerns. These medications are generally well tolerated. If side effects occur, they commonly include nausea, vomiting, loss of appetite and increased frequency of bowel movements.

Medication for moderate to severe stages
A second type of medication, Namenda® (memantine) is approved by the FDA for treatment of moderate to severe Alzheimer’s. This medication is prescribed to improve memory, attention, reason, language and the ability to perform simple tasks. It may allow patients to maintain certain daily functions a little longer than they would without the medication. It can be used alone or with other Alzheimer’s disease treatments. There is some evidence that individuals with moderate to severe Alzheimer’s who are taking a cholinesterase inhibitor might benefit by also taking Namenda®. Side effects of this medication include headache, constipation, confusion and dizziness.

Aricept® (donepezil) is the only cholinesterase inhibitor approved to treat all stages of Alzheimer’s disease, including moderate to severe.

Medication safety
Before beginning a new medication, make sure your physician and pharmacist are aware of all medications currently being taken (including over-the-counter and alternative preparations). This is important to make certain medications will not interact with one another, causing side effects.

The results of an experimental medication were recently released and it could mean good news for Alzheimer’s patients. The makers of Solanezumab, Eli Lilly, said it can slow the progress of Alzheimer’s disease by 30%, if the disease is caught early. Solanezumab has not yet been approved by the FDA.

Discount Med Direct has access to Aricept, Namenda, Exelon, Exelon Patch, and Razadyne, in brand or generic. Call us for a free quote, 941-355-7887.

Share
Previous How Does Diabetes Impact My Feet?
Next “God Help Us Keep Our Farm”