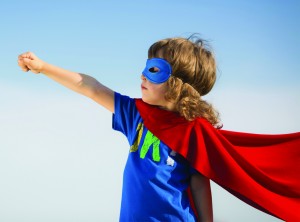 What is Autism?
• Autism is a bio-neurological developmental disability that generally appears before the age of 3.
• Autism impacts the normal development of the brain in the areas of social interaction, communication skills, and cognitive function. Individuals with autism typically have difficulties in verbal and non-verbal communication, social interactions, and leisure or play activities.
• Individuals with autism often suffer from numerous co-morbid medical conditions which may include: allergies, asthma, epilepsy, digestive disorders, persistent viral infections, feeding disorders, sensory integration dysfunction, sleeping disorders, and more.
• Autism is diagnosed four times more often in boys than girls. Its prevalence is not affected by race, region, or socio-economic status. Since autism was first diagnosed in the U.S., the incidence has climbed to an alarming one in 68 children in the U.S.
• Autism itself does not affect life expectancy, however, research has shown that the mortality risk among individuals with autism is twice as high as the general population, in large part due to drowning and other accidents.
• Currently, there is no cure for autism, though with early intervention and treatment, the diverse symptoms related to autism can be greatly improved and in some cases completely overcome.

Autism Facts & Stats
• Autism now affects 1 in 68 children.
• Boys are four times more likely to have autism than girls.
• About 40% of children with autism do not speak. About 25%–30% of children with autism have some words at 12 to 18 months of age and then lose them.
Others might speak, but not until later
in childhood.
• Autism greatly varies from person to person (no two people with autism are alike).
• The rate of autism has steadily grown over the last twenty years.
• Co-morbid conditions often associated with autism include Fragile X, allergies, asthma, epilepsy, bowel disease, gastrointestinal/digestive disorders, persistent viral infections, PANDAS, feeding disorders, anxiety disorder, bipolar disorder, ADHD, Tourette Syndrome, OCD, sensory integration dysfunction, sleeping disorders, immune disorders, autoimmune disorders, and neuroinflammation.
• Autism is the fastest growing developmental disorder, yet most underfunded.
• A 2008 Danish Study found that the mortality risk among those with autism was nearly twice that of the general population.
• Children with autism do progress – early intervention is key.
• Autism is treatable, not a hopeless
condition.

For more information on Autism, go to our website at http://nationalautismassociation.org/.

Share
Previous Ginny Gave Out, but She Never Gave Up
Next ASSET PROTECTION AND YOUR REVOCABLE TRUST