Hearing loss can have much larger consequences than just the frustration of misunderstanding friends and loved ones. A number of studies have come to light over the last few years showing a link between untreated hearing loss and dementia. Specifically, a pair of studies out of Johns Hopkins found that hearing loss is associated with accelerated cognitive decline in older adults and that seniors with untreated hearing loss are significantly more likely to develop dementia over time than those who retain their hearing. A third Johns Hopkins study revealed a link between hearing loss and accelerated brain tissue loss. The researchers found that for older adults with hearing loss, brain tissue loss happens faster than it does for those with normal hearing. Some experts believe that interventions, like hearing aids, could potentially delay or prevent dementia. Brandeis University Professor of Neuroscience, Dr. Arthur Wingfield, has been studying cognitive aging and the relationship between memory and hearing acuity. He says unaddressed hearing loss not only affects the listener’s ability to “hear” the sound accurately, but it also affects higher-level cognitive function. Specifically, it interferes with the listener’s ability to accurately process the auditory information and make sense of it. In one study, Wingfield and his co-investigators found that older adults with mild-to-moderate hearing loss performed poorer on cognitive tests than those of the same age who had good hearing.

How hearing loss affects cognitive function
“They say your brain is like a computer,” says John Hoglund BC-HIS, ACA of Hoglund Family Hearing and Audiology Center. “Data gets into your computer through your five senses. The sense of smell, taste, and touch all give us information about the world around us, but most of the data getting into your computer all day, every day comes from our eyes with what we see and read… and our EARS with what we hear. There is a phrase that most people have heard from the computer field that says, ‘garbage in … garbage out!’

We find that the ongoing misinformation and flawed data getting into ‘your computer’ begins to take its toll and lead to tragic consequences! We ‘hear’ with our brain, not with our ears. When we have a hearing loss, the connections in the brain that respond to sound become reorganized. Fortunately, for many people, hearing aids can provide the sound stimulation needed for the brain to restore the normal organization of connections to its ‘sound center’ so it can more readily react to the sounds that it had been missing and cognitively process them.”

“The sharpness of an individual’s hearing has cascading consequences for various aspects of cognitive function,” said Wingfield. “We’re only just beginning to understand how far-reaching these consequences are. Even if you have just a mild hearing loss that is not being treated, cognitive load increases significantly,” Wingfield continued. “You have to put in so much effort just to perceive and understand what is being said that you divert resources away from storing what you have heard into your memory.” As people move through middle age and their later years, Wingfield suggested, it is reasonable for them to get their hearing tested annually. If there is a hearing loss, it is best to take it seriously and treat it!

The increased risk of Dementia makes it critical to correct your untreated hearing loss!

“That risk appeared to increase once hearing loss began to interfere with the ability to communicate — for example, in a noisy restaurant. It is therefore recommended that regularly scheduled Hearing Tests should be a part of Senior’s routine medical testing,” says Frank Lin, M.D., assistant professor in the Division of Otology at Johns Hopkins University School of Medicine. He continues, “hearing loss should be addressed as early as possible before these negative consequences begin to develop.”

Municipal Bonds as an Investment Vehicle 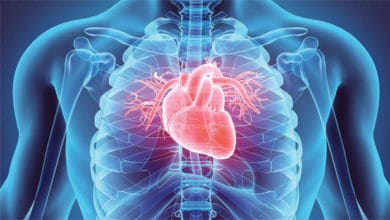 Are You at Risk? What You Need to Know About Heart Disease

THE ARMS RACE OF LITIGATION