A Gym Full of Losers 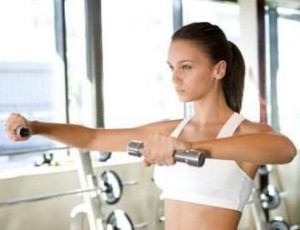 We all desire to be winners in the game of life, however, now is the perfect time to be a loser. A program offered at Progressive Health Club will help you do just that, lose. The Lose to Win Contest is a program where you get your own Personal Trainer, twice a week for eight weeks. You also get total access to the Progressive’s Health and Racquetball Club. You are weighed in the first day and prizes are awarded, at the end of the challenge, based on the percentage of body weight that you lose.  Our Manager, Bert Shubert, and I made a bet that one of our clients would lose the most weight. Bert won the bet, so I have to write this article about his client. I will sneak my client’s success story in as well though because she deserves the recognition also.  First, let me give you a little background about the contest winner, or dare I say, biggest loser.

Carey Canady has been a good athlete his entire life. He played high school football for Lumberton High School in North Carolina.  In 1957 he went on to college and played two years of football at Wingate University and two additional years at The University of East Carolina.  After graduation, he worked for General Motors for 30 years, retiring in 1992.  After all that time, Carey was still at his prime weight of 220 pounds. But retirement wasn’t good to his waist line.

Let’s fast forward to 2007. Carey met Bert and hired him to be his personal trainer, weighing in at a not so healthy 280. But this is the part that’s hard to believe, he was in pretty darn good shape. He could get on a bike or treadmill and go all day without slowing down. He was as strong as a bull, doing two or three times more weight than gym members half his age. Even more amazing is that he did not have medical issues and did not take any prescription medications.

Then in 2010, Carey had surgery on his big toe. The surgery did not go as well as expected and his cardio and weight training started to suffer. Instead of going to Bert for weight lifting sessions, he was with Wayne Goffin on the Physical Therapy side of Progressive Health Plex. Carey had to learn how to walk and balance himself all over again.

Let’s move ahead to 2012. The Lose to Win Contest started on January 3rd. Carey has been in the contest before and lost a few pounds but never made a real commitment. This time, all the trainers knew it was different from the start. Carey walked up to me and said, “I’m signing up for the Lose to Win and I am going to win it all. I’m going to be in the 260’s before the contest ends. “That was a commitment to lose over 30 pounds in eight weeks.”  Not impossible but very hard to do and not recommended without consulting a doctor first.

Now, I would like to introduce Janet Bounkamp. She lost over 8% of her body weight in an eight week period. Before we go any further I want it on record that I protested the results of the contest. It is harder for a woman to lose weight and I did a little calculation myself.  According to my calculations Janet won by .0000001%. But seriously, Congratulations to Carey and everyone who participated in the contest.

With permission from Carey, Jerry and Janet this is the percentage of body weight and pounds the top three competitors lost. Carey lost 32 pounds and 10.67%, Jerry Cummiskey almost pulled off an upset in the last week, losing 26 pounds and 10.20%. Janet lost 8.73% of her body weight and is almost at her ideal weight.  All three achieved their personal goals for the eight week contest. Everyone who participates in the contest talks about being a winner, but this gym is full of losers. All of them losing weight, having fun, and looking good!