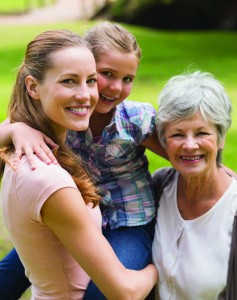 For those persons who reside in a development where the possession of property is based on a 99 year lease (e.g. certificates of membership are issued), you can now consider your property safe from forced sale by creditors during life and following death.  In essence, the law now recognizes long term condominium leaseholds as protected homestead property from attachment by creditors.

Long term leasehold properties (co-op’s)  were for a long period of time argued to not be protected from creditors under Article X, Section 4, of Florida’s Constitution because they were not considered property owned outright by the resident.  In essence, the argument was that co-op property is not owned outright, but involves shares of ownership coupled with a 99 year lease agreement.

A co-op generally occurs when a person purchases shares in a corporation which owns the property where a person resides.  The shares (sometimes called membership shares) generally evidence an owner’s membership in the association.   The corporation conveys a lease to the purchaser as part of the consideration of the purchase of the membership shares.  This lease agreement typically gives the purchaser title and a right to exclusively possess and occupy the apartment or land for the life of the lease.  Upon death or sale, the new buyer would be buying the shares (membership) and be assigned the lease agreement.  The idea that there was a lease agreement involved and not direct ownership of realty is what has created the issue of whether long term leaseholds fall under Florida’s homestead umbrella and all the protections that come with it.

According to Florida’s appellant Court, upon death or in the event you run into serious debt, your residence is protected from creditors who attempt to force the sale of such property in an effort to satisfy a debt owed them.  This same protection has been enjoyed for decades by permanent Florida residents who owned their homes with or without a mortgage.

One situation where protection from creditors becomes critical is at death.  Consider the following circumstance; at your death, your children begin administering your estate and sell the membership interest and right to possess your co-op property to a buyer.  The purchase is basically an assignment of the long term lease and transfer of the membership interest.

Under the current law (as ruled by the Second District Court of Appeals) for a condominium co-op, the profits from the sale are not subject to claims from creditors (except mortgagee’s, lien-holders, assessments, taxes and IRS levies) provided the profits are transferred to an heir of the deceased.

So what are the requirements used to determine if protection from creditors can apply to you?  The requirements are fairly simple: 1) was it the intent of the debtor or decedent to make the property his/her homestead; and, 2) is the subject property the debtor or decedent’s actual principal, exclusive and primary residence by actual use.  Much of this is subjective, but can be evidenced by a person’s conduct such as a Florida driver’s license, voter’s registration, length of time spent at the residence, addresses used for sending utility bills and does the leasehold owner have other residential property somewhere else.

Although the Court’s have ruled favorably on protection from creditors involving 99 year leaseholds, what the Court has not ruled on was whether Florida’s Constitution regarding devise and decent would also apply to a long term leasehold property.  In addition, the ruling did not address the situation where a manufactured home is placed upon leased land where membership shares are sold.

With regard to the Court’s interpretation Florida’s Constitutional limitations of devise and descent of homestead property, the Court recognized an earlier interpretation by Florida’s Supreme Court which ruled that decent and devise of real property is limited to an outright ownership (fee simple) interest in real property.  What this means is that long term lease hold property is not subject to the Florida’s Constitutional limitations regarding devise and descent.

With regard to the Court’s interpretation of co-op property (limited to a condominium set of facts) being protected against forced sale from creditors, this author believes that properties consisting of manufactured homes resting on long term leased property would also be protected from  creditors. As a result, it appears to the author that it is possible to have your manufactured home protected from creditors, and convey your membership interest in the same long term leasehold to someone other than a spouse regardless of whether the decedent is survived by a spouse or minor child.  Of course, if the membership interest is jointly held by the decedent and spouse then no such devise by a Will can take place because the property will immediately transfer in its entirety to the surviving spouse.

The good news is that there is a significant change in the judicial thinking about a person’s home as being protected from creditors.  Thus, if you are a beneficiary of an estate or a homeowner experiencing creditor issues concerning your co-op property, you should consult with the attorney of your choice to discuss whether your property can be protected against claims by creditors.  It may be the best consult with an attorney you ever have.

James W. Mallonee (Jim Mallonee) is a graduate with a B.A. degree from the University of South Florida and a Master of Science degree from Rollins College in Winter Park, Florida.  He obtained his Juris Doctorate from the University of the Pacific, McGeorge School of Law in Sacramento, California.   Prior to returning to Florida to practice law, Mr. Mallonee was employed by Intel Corporation for 22 years in such locations as New Jersey, Florida and California.

In addition to being a member of the Florida Bar since 2003, Mr. Mallonee serves on the Charlotte Community Foundation Committee for asset allocation and teaches Business Law at State College of Florida.  Mr. Mallonee is also on the Board of Directors for the Military Heritage Museum located in Charlotte County, Florida.

His firm practices law in the following areas: Probate, Wills & Trusts, Guardianships, and Litigation in the areas of Real Estate, Guardianships and Estates.  The firm has two locations in Venice and Port Charlotte, Florida.

Share
Previous “Just a Carpenter’s Son”
Next About 5.4 Million People Nationwide Have Alzheimer’s, Including 500,000 Floridians.