As a personal trainer, Pamela Kirscher taught others how to keep their bodies working optimally. But she became increasingly frustrated with her own body as it showed signs of escalating dysfunction.

“I had arthritis in my left ankle, which I broke in 1980,” Pamela shares. “It caused a stabbing pain that made me actually buckle over. I also broke my right ankle twice. The original break happened when I stepped backward into an empty swimming pool that was under construction.

“My orthopedic doctor told me he could inject my ankles with steroids, but I’d have to get injections every three months. When I first became a patient at Advanced Rejuvenation I started getting prolotherapy.”

Prolotherapy is a nonsurgical procedure during which a solution containing dextrose, a natural sugar, and lidocaine are injected into the damaged area to stimulate healing. The treatment helped Pamela for a while, but her body continued to let her down.

In 2006, Pamela broke her right foot when a horse inadvertently stepped on it. Later, she noticed she was having some issues with memory loss.

“Not only did I have arthritis in both ankles, I also got it in my foot,” she declares. “There was a period of time when I could barely walk. Every step was like a sharp knife through my foot. All I really wanted was to be able to walk on the beach.

“I was also having memory problems. I have the ApoE4 Alzheimer’s gene, which makes me thirty percent more likely to develop the disease. I could’ve just dismissed the memory loss as senior moments, but I wanted to address it. I wanted to maintain my memory.”

As time went on, Pamela’s arthritis affected other areas of her body as well. She finally had enough and sought treatment at Advanced Rejuvenation in Sarasota. Jeffrey Sack, MD, chose two innovative therapy options to treat Pamela’s varied symptoms.

Pamela was diagnosed with a seronegative arthropathy that resembles rheumatoid arthritis as well as pre-Alzheimer’s disease. The arthritis disfigured her hands and also involved her spine and ankles.

Stem cell therapy has been used in various medical disciplines for years. Stem cells are the body’s building blocks, the foundation of all tissue and organs. They can be used to regenerate cartilage, tendon, muscle and new tissue in the heart, brain, shoulders, wrists, spine, pelvis, feet, etc.

“It’s been the prevailing thought that once stem cells are introduced into the body, they migrate to the injured area, transform into the needed cells, such as cartilage, ligament or nerve cells, and proliferate from there,” Dr. Sack notes. “Research has determined that’s not what happens at all. Stem cells are actually more like messengers.

“In reality, stem cells go to the injured area, open up and spill out tiny vesicles called exosomes. The exosomes contain information that triggers two critical functions. The first function is to clean up the injured area.”

When the body is trying to heal from a disease or injury, whether it’s a stroke or an arthritic knee, it must first clear out the old, weak and damaged tissue. Dr. Sack uses the analogy of remodeling a bathroom. That can’t be done properly without removing the old tile and bathtub. In the body, old worn out tissue must be removed before new tissue can be regenerated.

“The second function triggered by the exosomes is to instruct existing, healthy cells to enter a trophic, or growth phase,” Dr. Sack observes. “This is a long-term change into a more youthful state. It’s when cell regeneration occurs.”

Terrific Ten-Pass
The second treatment Dr. Sack used for Pamela was ten-pass hyperbaric ozone therapy. During this treatment, a small amount of blood is drawn from the patient’s body into specialized equipment from Germany. It is then mixed with ozone and returned to the patient’s veins.

“Historically, ozone was used with one-pass procedures, but the developers of the ten-pass equipment have made it so a much higher amount of ozone can be safely administered to the patient,” Dr. Sack explains. “Ten-pass is ten times the treatment of a single pass procedure. The other component of ten-pass is that the ozone is delivered under pressure. That’s the hyperbaric part.

“When ozone is exposed to blood, it does several important things. The first thing it does is sterilize the blood. Ozone’s been shown to be effective on just about every known virus, mold and bacteria. Ozone is hundreds of times stronger than bleach at killing bacteria and viruses. Still, it’s safe when given at the correct dosage.”

Another thing that occurs when ozone is mixed with blood is the creation of compounds known as ozonites. These ozonites travel through the body and are instrumental in improving anti oxidant responses.

Intravenous ozone has proven to be a strong activator of mitogenesis – the creation of mitochondria. Mitochondria are the powerhouses of cells. They convert oxygen and glucose into energy. Mitochondrial dysfunction is linked to a host of disorders, from cancer to chronic inflammation to degenerative neurologic disorders.

“One-third of the body’s weight is mitochondria,” Dr. Sack expounds. “The body is constantly scavenging and cleaning out old, weak mitochondria and creating new, healthy mitochondria. Improving mitochondrial function improves symptoms of everything from heart disease, Alzheimer’s and Parkinson’s disease as well as other neurological conditions and chronic infections.

“There is no more effective stimuli to the body to clean out old dysfunctional mitochondria and make new mitochondria than intravenous ozone and especially ten-pass.”

Treatments like exosome therapy and ten-pass hyperbaric ozone therapy can be done separately or together, as in Pamela’s case. When used together, they often work synergistically.

“We call that the entourage effect,” Dr. Sack informs. “That’s when combining modalities creates a better outcome than using one alone. In these cases, one plus one may equal four instead of two. The modalities are synergistic. They multiply the benefits.”

“New Lease on Life”
Pamela was amazed by the results of her treatment at Advanced Rejuvenation. The exosome therapy and ten-pass hyperbaric ozone therapy turned her world around.

“I have a new lease on life,” Pamela raves. “All I wanted was to walk on the beach, and after a short time, I was walking twenty to thirty minutes on the beach. I was no longer restricted in my activities. I could go to the store when before I couldn’t do that. I had my independence back again.

“We did a follow up memory test called CNS vitals which showed a seventy-five percent improvement, and I can tell my memory has definitely improved. I don’t have the memory issues I had before. Reducing my inflammation in my body and getting more oxygen to my brain has helped. I’ve noticed that I’m a lot more clear-headed now.

“They’re doing so many amazing things at Advanced Rejuvenation,” Pamela enthuses. “I highly recommend them.”

Is mold harming you? What is CIRS ?
Another treatment being offered at Advanced Rejuvenation is the Shoemaker Protocol. It is used to treat chronic inflammatory response syndrome or CIRS. Dr. Lieurance is finding this protocol very effective for conditions related to mold illness and chronic lyme disease.
“There are many commonalities with chronic Lyme disease, chronic viral infections and mold illness, and how it affects the immune system,” Dr. Lieurance observes. “To get lasting results, we must first detoxify the liver, gallbladder and gut from biotoxins, heavy metals and harmful chemicals that get caught up in the body’s enterohepatic circulation.

“These toxins collect in the cells membranes and fatty tissues of the body. The key to improving health from CIRS and many other chronic illnesses is flushing these toxins out and improving the quality of the cell membranes.”

To learn more about lipid exchange detoxification and the Shoemaker Protocol for CIRS and Lyme, contact Advanced Rejuvenation at (941) 330-8553.

through St. Luke’s Medical School. He is also a board-eligible chiropractic neurologist through the Carrick Institute of Neurology. Dr. Lieurance is trained in Advanced Ultrasound techniques through the Gulf Coast Ultrasound Institute. He is also a registered medical assistant and has practiced in Sarasota for the past 23 years.

Integrated Medicine – An Effective Approach to Health and Wellness 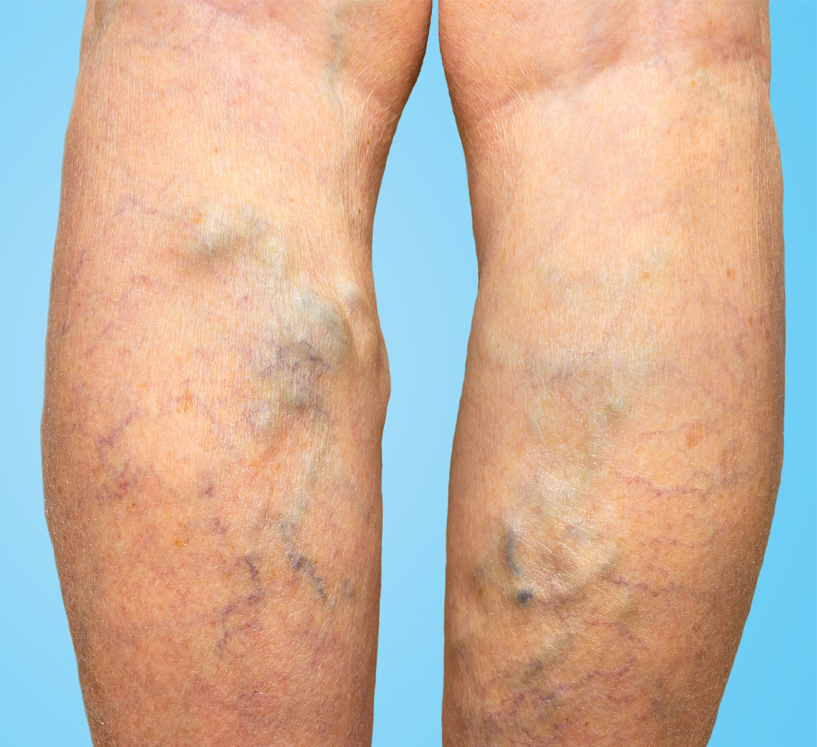 Did You Know That Men Can Get Varicose Veins Too?