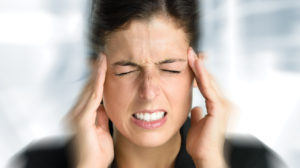 Dizziness is a very vague symptom that can be caused by a wide range of pathologies and/or systems. Some of the more prevalent pathologies in an older population of people mistaken for BPPV are Orthostatic Hypotension, Cervical Stenosis, and the Herpes Simplex Virus, all of which can cause dizziness. Orthostatic Hypotension is when there is a drop in blood pressure in relation to your body position, such as when getting up out of bed. One might become slightly dizzy and/or lightheaded and after a few seconds the symptoms go away. Cervical Stenosis is a narrowing of the Intervertebral Foramen where the spinal nerves exit the spinal column. Once the nerves become irritated or inflamed from being pinched often times it can cause radicular symptoms down the arm such as pain, numbness, tingling and/or weakness. Other times, it can present as an acute onset of dizziness.

BPPV is a very specific type of vertigo that is mechanical in nature, meaning, if you have it, you can cause dizziness with the same movements, every time, until it is fixed. It is most prevalent in women between the ages of 40-60 but other than that 50% of people over the age of 70 will get it at least once. BPPV is thought to be caused by free-floating debris called Otoconia (crystals) getting stuck within one of the three canals within the inner ear. Individuals with BPPV most commonly get the onset of vertigo when laying down and/or rolling over in bed. One of the hallmark signs of vertigo is an up or down beating nystagmus (eye fluttering) that is also rotary/torsional towards the affected ear. If this type of reflex is not seen during the onset of symptoms, it is not BPPV. One of the other hallmark signs of BPPV is that the dizziness itself is less than sixty seconds; although to the individual having an acute attack it can seem much longer.

The second most common cause of BPPV is the Herpes Simplex Virus. Once it is diagnosed, this is a scenario that needs to be medically managed before any maneuvers to fix it are performed. The course of action is usually prescribing a corticosteroid first to decrease the inflammation of the irritated nerve while eventually taking an anti-viral medication in severe cases. In this type of a case the maneuvers for BPPV may still need to be performed if BPPV is present however, a corticosteroid may need to be used in order to decrease the inflammation of the nerve so that the individual is not left with a permanent imbalance/asymmetry afterwards.

There are multiple different types of BPPV which means there are multiple different maneuvers that can be used to fix BPPV depending on the type diagnosed. The most well-known is the Epley Maneuver, but there is also the Liberatory, Gans, and Half-Somersault. These maneuvers are all for either posterior or anterior canal BPPV. If you are told you have it in the Horizontal Canal there is another set of maneuvers that should be performed. The most well know is the Barbeque or Log Roll maneuver but there is also the Appiani and Casani maneuver, again depending on the type of BPPV diagnosed.

If your doctor has diagnosed you as having BPPV, the best course of action is to get a referral to see a Vestibular Therapist. During the evaluation he or she will evaluate you in greater detail to figure out which type of BPPV you have and what the proper treatment is. In most cases it can be fixed in just a few visits assuming there are no secondary issues and/or pathologies. The main reason that it is advised to seek out a professional is that there is always a possibility of the “crystals” migrating from one canal to another. If that does happen, depending on where the crystals got stuck will depict what maneuver is done to correct it.