It is estimated that about 1 million Americans in the United States are living with Parkinson’s. Although, many cases that go unreported.

According to the Parkinson’s Disease Foundation, the economic cost is estimated at nearly $25 billion a year.

Parkinson’s disease (PD) is a neurodegenerative disorder that affects predominately dopamine-producing (“dopaminergic”) neurons in a specific area of the brain called substantia nigra.

Symptoms generally develop slowly over years. The development and progression of symptoms differs from person to person. People with PD may experience:
• Tremor, mainly at rest. It is described as pill rolling tremor in hands. Other forms of tremor are possible
• Slowness of movements (bradykinesia)
• Limb rigidity
• Gait and balance problems

The cause remains largely unknown. There is no cure, and treatment options vary. Typically those include medications and surgery. While Parkinson’s itself is not fatal, disease complications can be serious. The Centers for Disease Control and Prevention (CDC) rated complications from Parkinson’s as the 14th cause of death in the United States.

Since we represent the integrative side of medicine, we’re not going to talk about the medications and surgeries available for Parkinson’s disease treatment. We’re going to talk about what the integrative community does for Parkinson’s. We use hyperbaric oxygen therapy, intravenous nutrients, oral nutrients, lifestyle and dietary therapeutics, and a few other interesting modalities.

Hyperbaric Oxygen
Hyperbaric oxygen provides oxygen in large doses to the brain. Hyperbaric oxygen is beneficial for stroke, multiple sclerosis, and other types of brain injury. It slows the degeneration of neurons, it mobilizes stem cells that help to rejuvenate damaged areas, and it enhances the growth of new blood vessels that can help to repair damaged areas.

Intravenous Nutrients
There are several different types of intravenous nutrients that help to repair and enhance the functionality of the brain. In the case of Parkinson’s we are going to focus on three main types: glutathione, NADH, Vitamin C.

Glutathione
Glutathione is a powerful, natural antioxidant produced in your liver. Patients with Parkinson’s have dangerously low levels of glutathione in the affected area of the brain. Increasing levels of this antioxidant not only helps prevent further damage, but also improves brain function.

Most patients see dramatic improvements after just a few treatments. Some patients experience improvement after just one infusion. Some studies suggest that benefits last for two to four months after a treatment course. We recommend continuous use for best results.

NAD+
The star of the intravenous nutrient show is NAD+. Nicotinamide adenine dinucleotide (NAD) is a naturally occurring compound that is found in every human cell. It hangs out in the mitochondria, the little factories that make energy in all our cells. NAD+ shuttles electrons back and forth and helps convert energy into a usable form: ATP. You need to constantly make new neurotransmitters, hormones, muscle cells, collagen, etc. for your cells to function optimally.

NAD+ has been used in Europe since the mid-80s to treat Parkinson’s. A study was conducted with 885 Parkinson’s disease patients. 78% of the cohort reported positive improvements with NADH oral supplementation. Intravenous therapy is reported to be much more effective.

Vitamin C
Recent studies have shown that vitamin C plays an important role in the brains manufacture of dopamine, and therefore may be useful in preventing or treating Parkinson’s disease. Intravenous vitamin C can increase the antioxidant level between 70 and 100 times the level possible with oral doses. The vitamin C level in the brain is four times higher than in the blood. During times of vitamin C deficiency, the brain holds on to its vitamin C very tightly.

Lifestyle and Diet
You will see this in every article I write. You are what you eat! Parkinson’s disease is no different. Research studies have shown that eating a proper diet will decrease the symptoms of Parkinson’s disease and slow its progression. “Proper” can have several meanings.

There are research studies about different types of diet. Essentially just understand that a diet rich in fruits and vegetables, lean, wild caught proteins, and lots of clean water is the best. Eliminate processed foods and sugars.

Your lifestyle is important too. Balancing rest and exercise and keeping your stress to a minimum are very important. But you must exercise! There are various therapeutic exercise programs for Parkinson’s disease treatment. Yoga, tai chi, and boxing have all been shown to have beneficial effects on Parkinson’s disease progression. Find something you like and stick with it! Consistency is key.

Oral Nutrient Supplementation.
We only have room for the basics here. But a high quality multivitamin and antioxidant is your number one basic supplement requirement. Then coenzyme Q 10 in doses ranging from 250 to 500 mg a day. Vitamin E 400 to 800 IU, and fish oil 3000 mg, are important anti-
inflammatories. Keep your vitamin D levels up! Get your vitamin D level tested. Get all your nutrient levels tested! It’s important that you keep your body as optimally healthy as possible. Bring all your nutrients into the optimal level. Keep inflammation down for optimal brain functioning!

Other Therapeutics
Our office offers some additional therapies that may be helpful. We offer options for increased circulation in the brain and increased oxygenation in the brain. Increased circulation and oxygenation help to maintain your brain function and health. Additionally detoxification can be very important in Parkinson’s disease. Heavy metals in the brain can slow or obstruct the flow of oxygen and nutrients, thereby slowing or decreasing the functionality of the brain. The removal of heavy metals can be an important part of Parkinson’s treatment if they are indeed present.

Functional Medicine Therapeutics
The above modalities fall under the functional therapeutics umbrella. Unfortunately few standard few medical facilities offer them. But that doesn’t mean that they’re ineffective. These modalities can be very helpful in slowing the progression of the disease.

Call Root Causes today to see what we can do for you!

Prostate Cancer: What You Need to Know About MRI and Proper Diagnosis 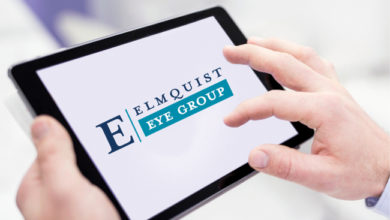 Protect Your Eyes During the COVID-19 Pandemic