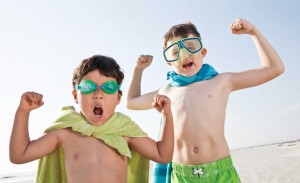 Ear problems are painful and all too common during childhood. According to the American Academy of Pediatrics, there are 10 million new cases of ear infections in children and infants each year. Up to 35 percent of pediatric treatments are ear infection related, and almost two-thirds of U.S. children will have at least one middle ear infection by the age of 3. Sadly, for some children, ear infections become a chronic ailment.

Earaches are a common problem for many children. Some children can go through childhood with very few or none at all. In learning how to combat ear aches, it is important to learn what causes earaches.

What are the causes of an earache?
The tube connecting the middle ear to the back of the nose is called the Eustachian. This tube allows fluid to drain out of the middle ear. However, if that tube’s lining is invaded by bacteria or viruses, the tube can become swollen and may fill up with thick mucus. This leads to the inability for fluid to drain normally. As bacteria grows in the fluid, pressure can build behind the ear drum which causes pain.

Allergies, colds and other illnesses can cause the Eustachian tube to become blocked. When the adenoids become enlarged, they can block the Eustachian tubes as well. These are all referred to as ear infections. They usually clear up within a week or two, but in the meantime, they can be extremely painful and include fever and other symptoms. There are also times that an ear infection will last even longer than two weeks and may even become chronic. Additionally, after the infection clears, the fluid can remain in the middle ear which can lead to even more infections and, in extreme cases, hearing loss.

What are symptoms of an earache?
Older children can tell you that their ear hurts. Their ear pain may also be accompanied with fever. Babies, however, and children who are too young to tell you where it hurts may cry or pull on their ear or ears. A child with an ear infection, regardless of their age, may show signs of irritability, listlessness, have difficulty hearing, may not feel like eating or have difficulty sleeping.

What is the treatment for earaches?
There are several ways a pediatrician may treat an earache. If the pediatrician suspects the infection to be bacterial, he or she may prescribe an antibiotic. Pain relievers, such as acetaminophen (Tylenol products) and ibuprofen (Advil and Motrin products) can offer some relief and reduce fever. Aspirin is not recommended. Warm compresses or a heating pad applied over the ear may also help to reduce pain. At times, ear drops may also be prescribed.

When medications are prescribed, whether antibiotics or ear drops, it is imperative that they be administered as directed by the pediatrician. With antibiotics, it is exceptionally crucial they be given on time and doses are not skipped.

What are some risk factors that may cause children to get earaches?
Children who are around people who smoke are at a very high risk of getting ear infections. Additionally, if they have had previous ear infections or have a family history of ear infections they can be at an increased risk. A child who was premature at birth or had a low birth weight may also be at a higher risk. If a child has frequent colds or other infections, takes a bottle to bed, uses a pacifier or has a nasal speech that is caused by large adenoids blocking the Eustachian tubes, he or she may be more at risk of developing an earache. Interestingly, boys tend to show a higher incidence of ear infections than girls.

Treatment is often as simple as a prescription for an ear drop that contains an antibiotic to kill the bacteria.

Children spend a lot of time swimming during the summer months, which is why the number of swimmer’s ear cases increase this time of year. If your children are prone to getting swimmer’s ear or they are in the water quite frequently, there are ear drops that can be administered after swimming to dry up the water inside the canal. It’s an extra step that just might keep your children’s ears in super shape all summer! 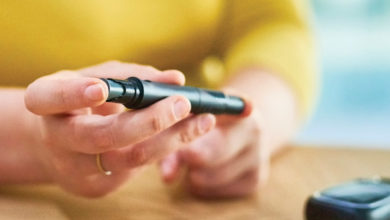 Water Therapy for Back Pain

What Exactly is Venous Reflux?